Why do gun and ammo stocks rise after mass shootings? – The Average Joe

Why do gun and ammo stocks rise after mass shootings? 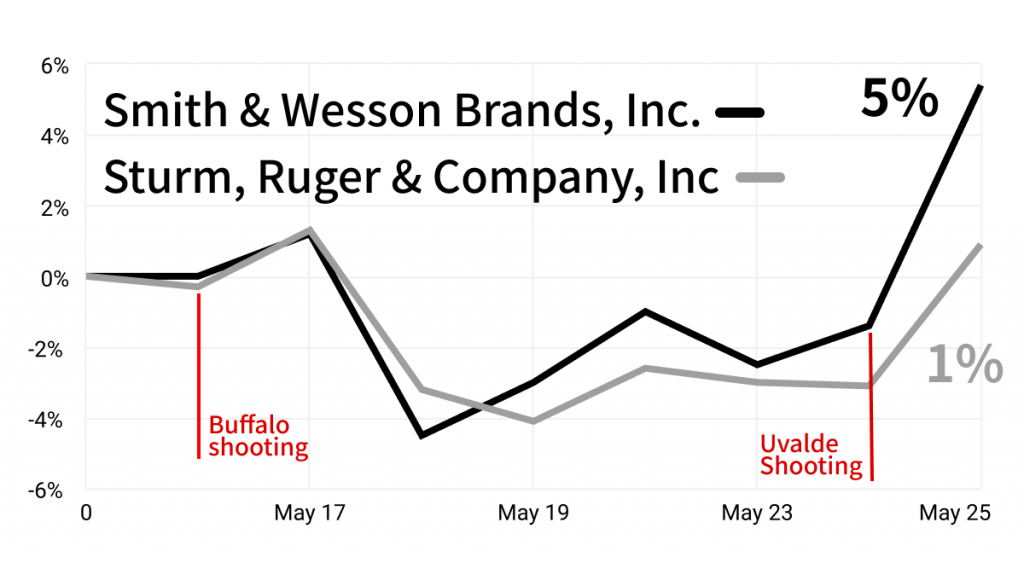 On May 24, a gunman opened fire at Robb Elementary School in Uvalde, Texas — killing 19 children. This happened less than two weeks after a Buffalo, New York supermarket shooting that killed 10 people.

Historically, gun sales have risen after mass shootings and news of potential legislation.

But why? Researchers offer two potential reasons for the rise in sales:

Per Politico, most Democrats don’t see a path forward on the bills — which need 10 Republican votes.

Immunity: The Protection of Lawful Commerce in Arms Act (PLCAA), enacted in 2005, protects gun makers from most civil lawsuits — disincentivizing them from consumer safety. One state is going after them.

The case could turn around the gun industry just like it did with the tobacco industry — when courts ruled that they were lying about health effects for decades — turning the public against them.

Take Action: Here’s how you can help Uvalde families impacted by the shooting.