What does china banning crypto mean for investors? – The Average Joe

What does china banning crypto mean for investors? 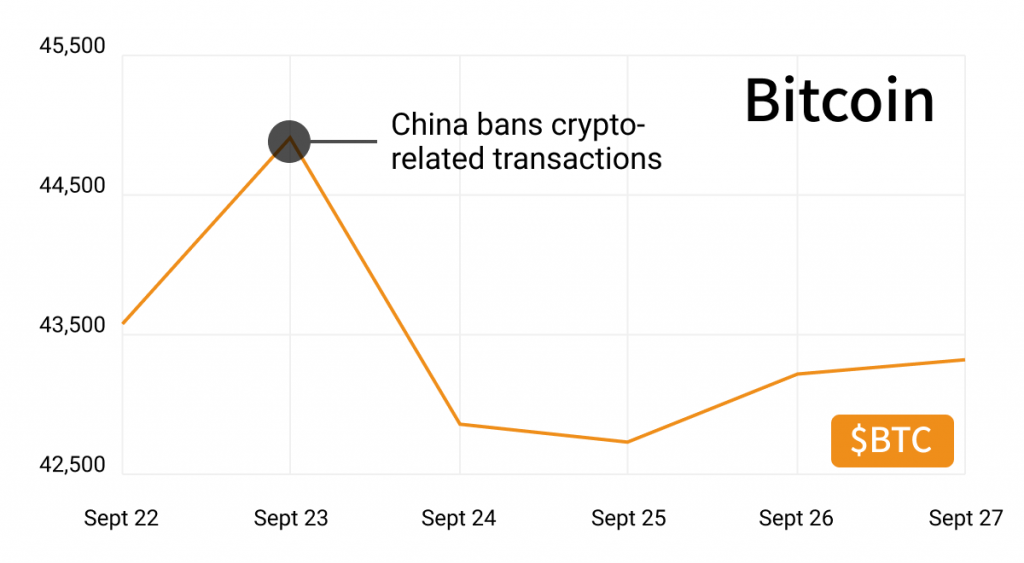 This is nothing new — China banned crypto-related activities several times since 2013 with bans on:

What’s different this time? The recent ban makes it clear that anyone in China investing in virtual currency violates “public order and good customs”.

The three main administrations of China’s judicial system are now part of the latest crackdown. The addition of law enforcement agencies adds a “financial crime aspect” according to CoinDesk.

What are experts saying? The news drew little reaction from crypto analysts:

This time, the news hit differently compared to the crypto-mining ban earlier this year — which sent Bitcoin down 50% over the following months.

Bitcoin recovered some of its losses after initially falling 9% — now only down 4% since the news came out.

Doubling down: Despite the news, investors are loading up on cryptocurrencies — which saw 6 straight weeks of inflows with Bitcoin in the lead.