Supply and demand imbalance sends uranium prices and stocks up 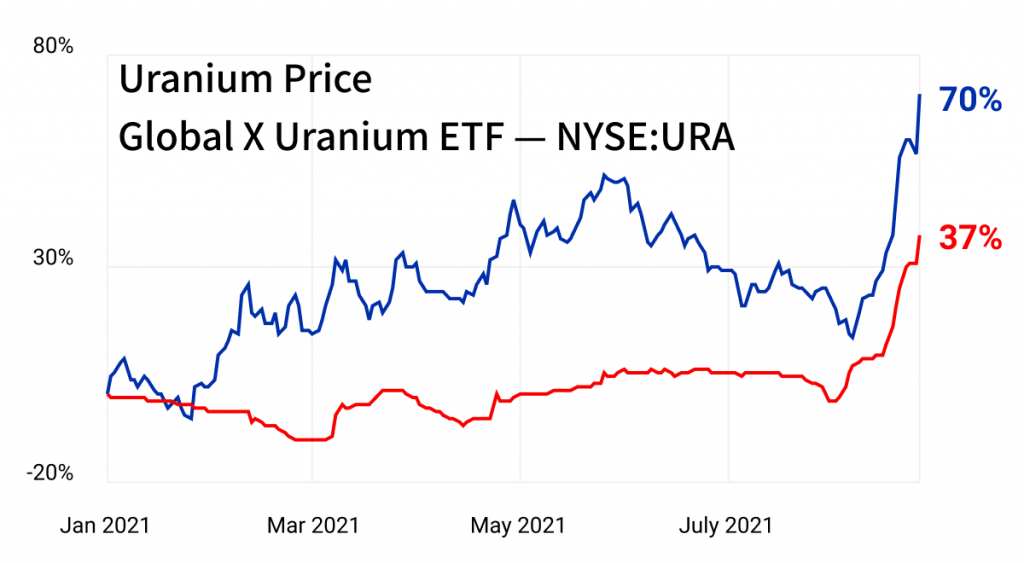 Uranium, an obscure commodity, is a new Reddit favorite. Prices for the radioactive metal rocketed 41% in 2021 — sending the few uranium mining stocks soaring.

There are only a small handful of uranium mines and bringing them online takes time — which could lead to more supply pressures.

The past: In the last decade, uranium prices have steadily fallen since the Fukushima nuclear disaster. Many expected the industry to go into free fall with nuclear reactor closures, but that hasn’t played out…

The future: According to Jonathan Hinze, president of the nuclear-fuel consulting firm, UxC (via MW):

The lifespan of 88 of America’s 93 nuclear reactors is already approved for 20-year extensions.

The ETF way: The Global X Uranium ETF — which invests in uranium mining companies and nuclear energy companies — is up 46% in the past month. Among its top holders include: