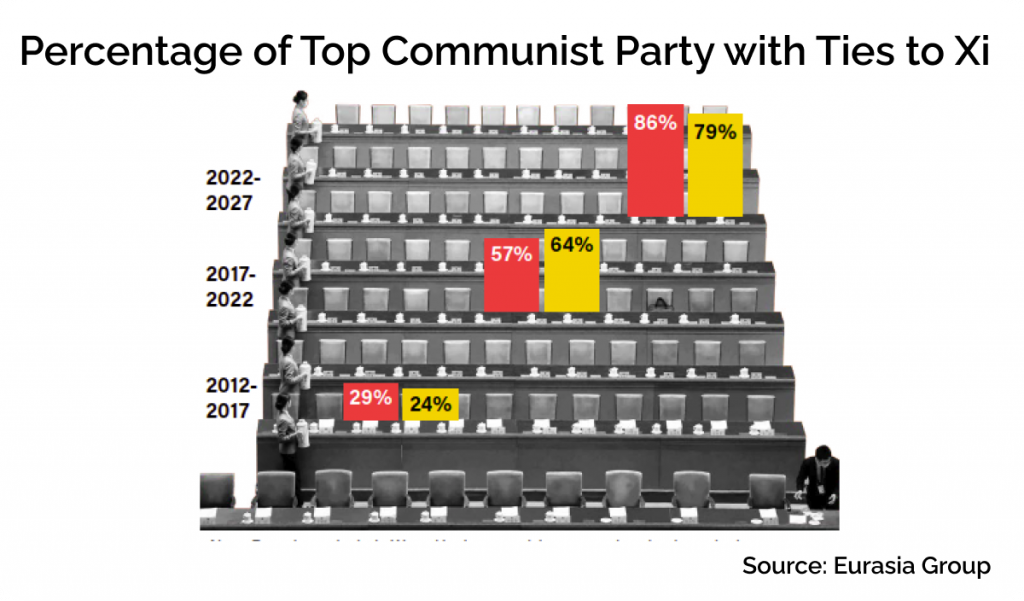 Sorry optimists, negative vibes only in this one.

Eurasia Group is a global risk consultancy firm. Every year, they release a list of 10 political risks.

Here’s what they have for us this year.

1/ Rogue Russia. Putin is left with few military options to win the war. The US and EU have survived the initial damage from a reduction in Russian gas flows.

The stakes are high. Instead, Russia could become a rogue state that acts as a security threat to other nations.

2/ Maximum Xi. China’s President Xi Jinping has more power in the nation than any other leader since Mao Zedong. Xi’s past mistakes, such as his zero-COVID policy, and the lack of restraints on him raise the potential for further errors in the future.

His consolidation of power leaves China’s economy vulnerable — along with other global nations that conduct trade with China. 3/ Weapons of mass disruption. OpenAI’s ChatGPT has given us a taste of what AI can do for society. While these tools can make us more productive, they could also be weaponized.

They’re lowering the barriers to creating content — which could lead to a massive growth in volume — but not all AI can be trusted.

4/ Inflation shockwaves. Inflation may be falling, but households are still feeling the pain. Ripple effects will continue to hit the economy, with major risks being a global recession and political instability.

But of course, by now, we’re all masters of inflation.

5/ Iran in a corner. Nationwide protests rage on four months after the death of Mahsa Amini last year by Iran’s ‘morality police.’ The population is demanding change (i.e., freedom, democracy and equality).

Tehran has also escalated its nuclear program — reducing the odds of a nuclear deal. These factors increase the risk of an Iran confrontation.

That’s a lot of negativity. Let’s take a breather.

Time for a positivity break before the next five…

6/ Energy crunch. Oil and gas prices have fallen from their recent highs, but several factors risk driving up energy prices in the second half of 2023:

8/ Divided States of America. The US is one of the most divided of the world’s democracies. Politicians are increasingly challenging major employers over ESG issues which gives companies a more challenging environment to operate in. 9/ TikTok boom. Those born after the 90s are the first generation not to know what it’s like without the internet. Social media can make or break a brand. Don’t speak out on an issue; get penalized. Speak out incorrectly; also get penalized.

By 2025, Gen Zs will make up 27% of the workforce. This new generation will change how corporations approach social issues and engage with the younger generation in the workplace. Almost there…

Companies that depend on water supplies will have to add a water crisis to their long list of worries.