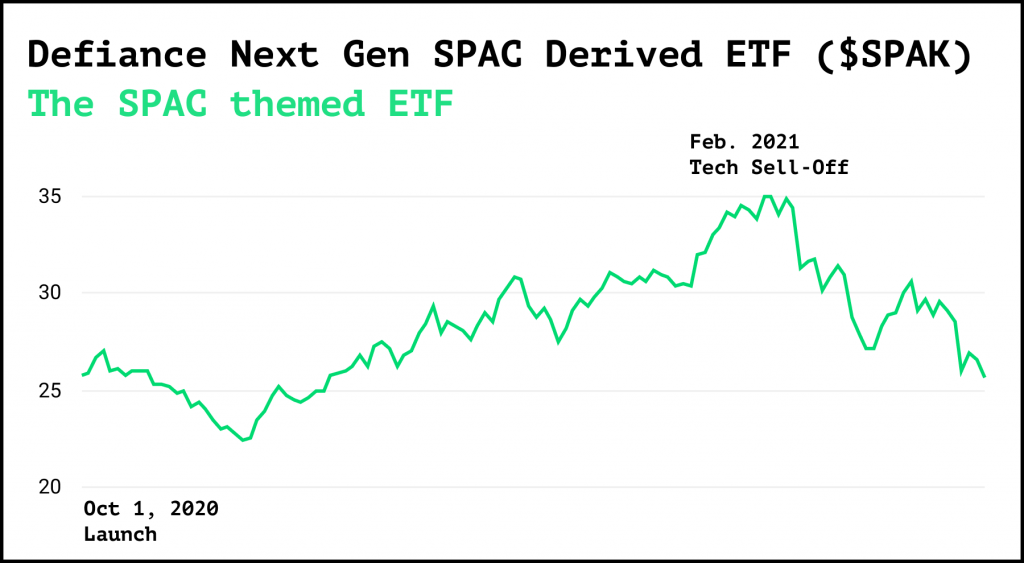 In 2020, SPACs became a popular way for companies to go public. These publicly traded investments gave retail investors the chance to invest in a company — before they went public.

All aboard — the SPAC hype train

With more SPACs, finding a company to take public became more competitive. Over time, the quality of companies taken public by SPACs dropped…

At one point, investors had to call BS…

The recent sell-off in tech stocks took a lot of sectors down with it. SPACs being one. In 2020, a SPAC could jump over 50% on a merger announcement. But now, they’d be lucky to move up 10%.

For investors… Don’t count SPACs out yet

There are reasons why SPACs have been so popular. Initial public offerings (IPOs), the traditional way of going public, is criticized as expensive and time-consuming. For many companies looking to go public, SPACs are still an attractive option over IPOs.

While the SPAC bubble may have popped, not all companies going public via SPACs are necessarily bad. There are still gems to be found in the sea of garbage — there’s just more trash to sift through now.

Watch out: A good company doesn’t always make a good investment. Overpaying for something could make for a bad investment.