The retail industry domino is falling – The Average Joe

The retail industry domino is falling 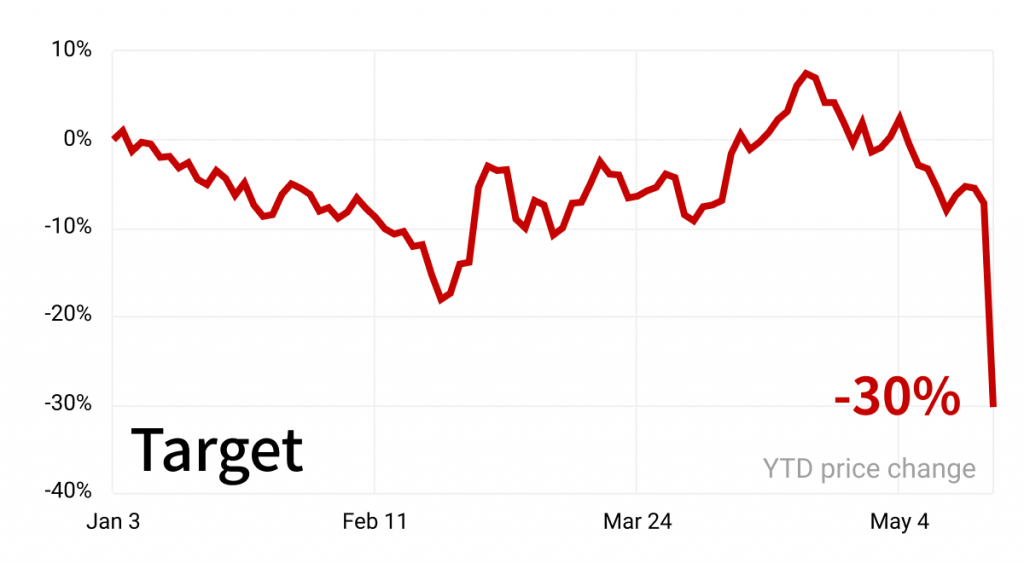 The next domino to go down in the retail industry: Big-box retailers. Yesterday, Target (NYSE:TGT) fell 25% after reporting earnings — its worst one-day drop since the infamous 1987 Black Monday (the DOW fell 22.6% in one day).

What’s the big deal? Target’s earnings report confirmed a few things: the retail industry is in trouble, and the problems and effects are cascading down to higher quality retailers.

Target is seeing the same problems plaguing the retail industry: Higher costs (i.e., fuel and labor) and a change in product purchases, leading to shortages or inventory building up in different categories.

Cornell expects that “many of these cost pressures will persist in the near term.”

The retail domino: Target’s earnings have dragged down the entire industry. The SPDR S&P Retail ETF (NYSE:XRT) fell 8% yesterday and is down over 30% in 2022.

We’re finding out that no retailers are immune to the industries’ problems.

1/ E-commerce stocks (i.e., eBay, Shopify, Etsy) were among the first to fall at the end of last year.

2/ Consumer discretionary stocks (i.e., Under Armour, Nike) were the next to fall, and now — big-box retailers are also being taken down.

3/ Next? Consumer staples like Procter & Gamble, Coca-Cola Co and Kimberly-Clark are still holding up… for now.