The future of e-commerce as told by Shopify and Amazon 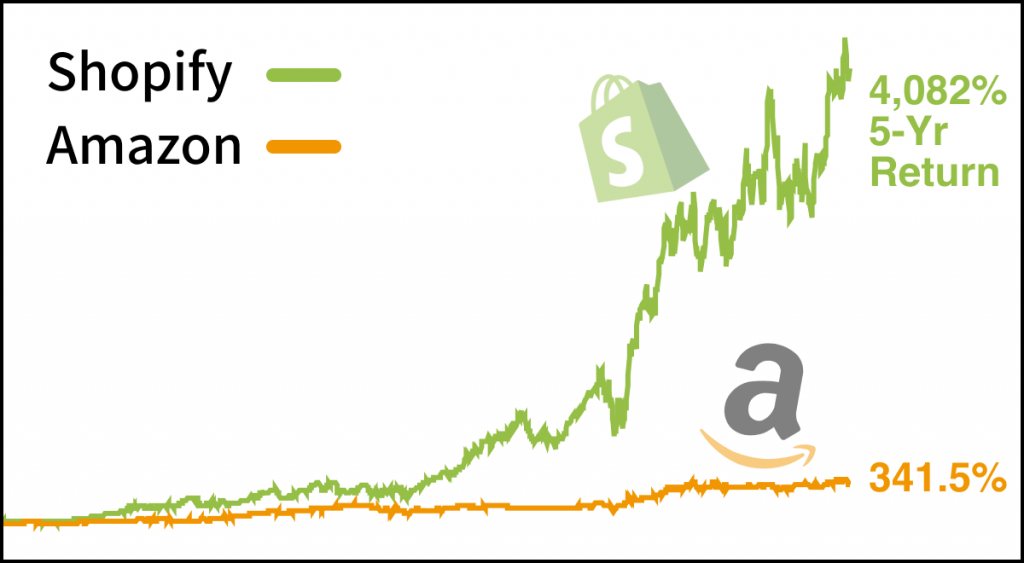 Amazon (NASDAQ:AMZN) fell 7% after reporting worst-than-expected earnings on Thursday — sending other e-commerce companies (i.e. Etsy, eBay) down with it. Amazon’s total sales increased 27% but its core e-commerce business only grew 13% — the slowest rate since 2019. Instead, growth was held up by two units:

Looking forward: Amazon is entering a slower growth phase — forecasting growth of 10-16% in the next quarter — well below estimates.

Shopify (NYSE:SHOP), the platform providing merchants the tools to run their own e-commerce store — may be one of the bright spots among e-commerce companies.

Sales grew 56% but the impressive part is its earnings growth — jumping 24x to $879m thanks to investments in Affirm/Stripe (3x growth excluding these investments). On the revenue potential, Shopify is pumping out products non-stop:

Looking forward: By sales, Amazon is nearly 100x larger but Shopify is showing investors that it’s only in the early stages of its growth.

Investors: The future of e-commerce

E-commerce had an impressive run but despite lockdowns keeping people home, global e-commerce only reached 18% of retail sales in 2020 — up from 13.6% the previous year. In the US, that share is even lower at 14.5%

Long-term, it’s also difficult to find another industry that’s as large and growing as fast. When investing in the e-commerce companies of tomorrow, look beyond Amazon:

With a new decade comes a new set of companies generating multi-bagger returns.