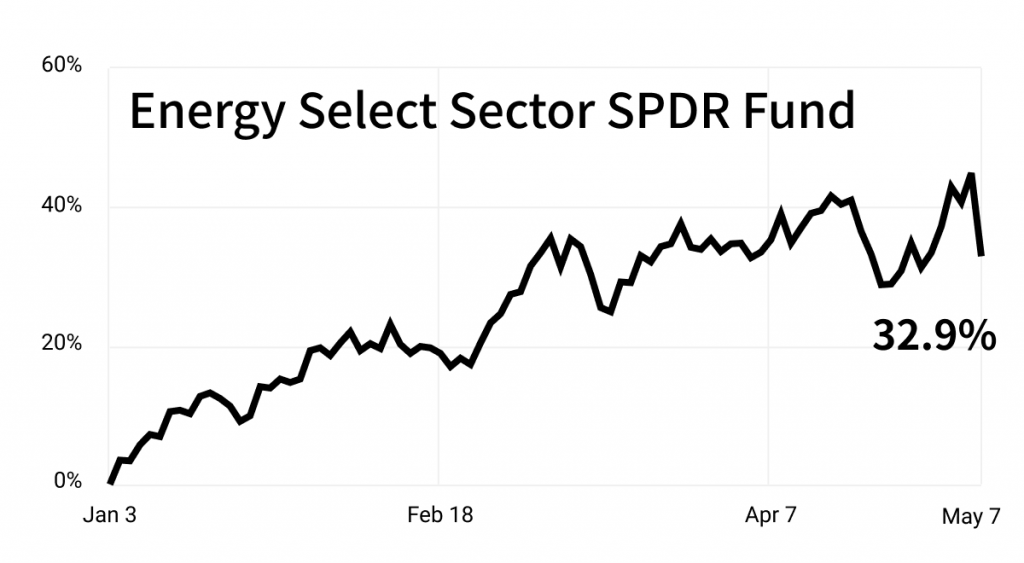 The common theme among them: Oil and energy.

What’s the big deal? Since oil prices plunged at the start of COVID, prices have rebounded over 4x — with strong returns from energy stocks.

And unlike many tech stocks, oil has managed to hold on to those returns… so far.

We’re two years into rising oil prices — when can we expect prices to reverse?

Energy stocks can still rise further before being considered fairly valued by historical standards based on valuations.

Upside potential: Despite delays from negotiations, a full European Union ban on Russian oil is still on the table — which could send prices up even further. A reversal in China’s lockdowns would also add extra oil demand.

Don’t count on an increase in oil production to bring prices down.