The bear case for oil: a recession – The Average Joe

The bear case for oil: a recession 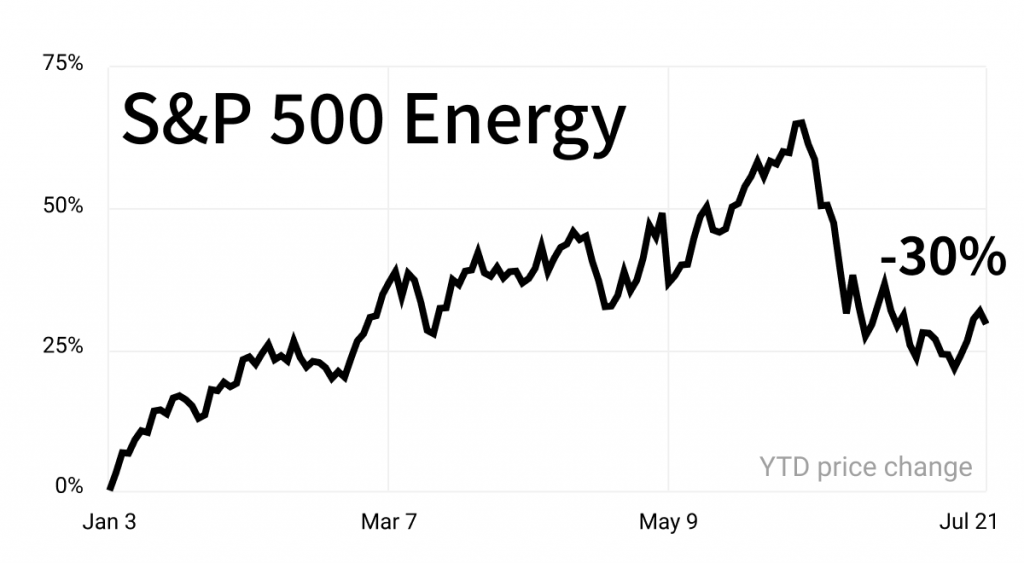 European doomsday scenario averted. Russia turned back on the Nord Stream 1 pipeline, and oil prices have fallen below $100 a barrel again.

What’s the big deal? On July 11, the Nord Stream 1 pipeline went down for maintenance, and investors were worried Russia would keep it shut down.

Oil’s risk-return profile isn’t as favorable as it was two years ago when it traded below $20 a barrel. After a nearly 5x rise in price, it’s time to evaluate whether it’s worth the risk.

Oil in a recession: Leading up to the peak of the 2008 financial crisis, crude oil prices went from $60 a barrel to $140 within 18 months. Over the following seven months, prices cratered back to $40 a barrel.

Other factors (i.e., less supply) are in play this time that could make a drop less severe — but a recession would still lower demand for oil among both consumers and businesses.