Southeast Asia stocks are coming to the US market 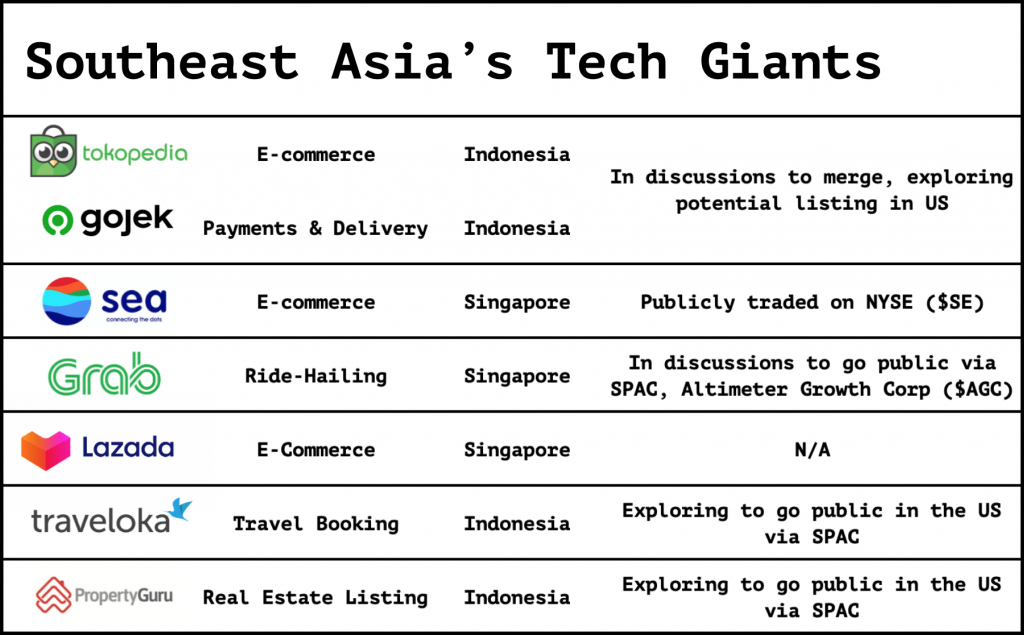 Southeast (SE) Asia’s cookin’ up some growth and they’re about to serve the US with a dish of Southeast Asia stocks including some big-name tech IPOs — all the way from the East.

All the ingredients for growth

Consisting of 11 countries (i.e. Indonesia, Singapore, Thailand, etc.) with a population of 673m (double the US), SE Asia has all the ingredients for rapid growth:

But one thing soured the recipe — COVID, which threatened to send over 128m of the region’s population into poverty.

While SE Asian countries are amongst the fastest growing, the region has a GDP per capita of under $5k — less than 1/10 of the US… Giving the region some of the highest inequality rates and uneven growth…

Looking to get in on the SE growth? One problem: There’s a lack of Southeast Asia stocks in the US market. Sea ($SE), one of SE Asia’s largest e-commerce companies, is an exception. Sea went public on the NYSE in 2017 and is up over 12x since.

Aside from Sea, there aren’t many others. But that’s about to change in 2021…

For investors… Add some Southeast Asia stocks to the menu

Over the past decade, a massive influx of funding into SE Asian Tech companies created several unicorns (companies with a valuation >$1b).

And now, many of these companies are gearing up to go public in 2021 — with the US stock markets as their preferred destination:

Learn more: When is the right time to invest in an IPO?