Smallpox stocks jump as WHO declares global emergency on monkeypox 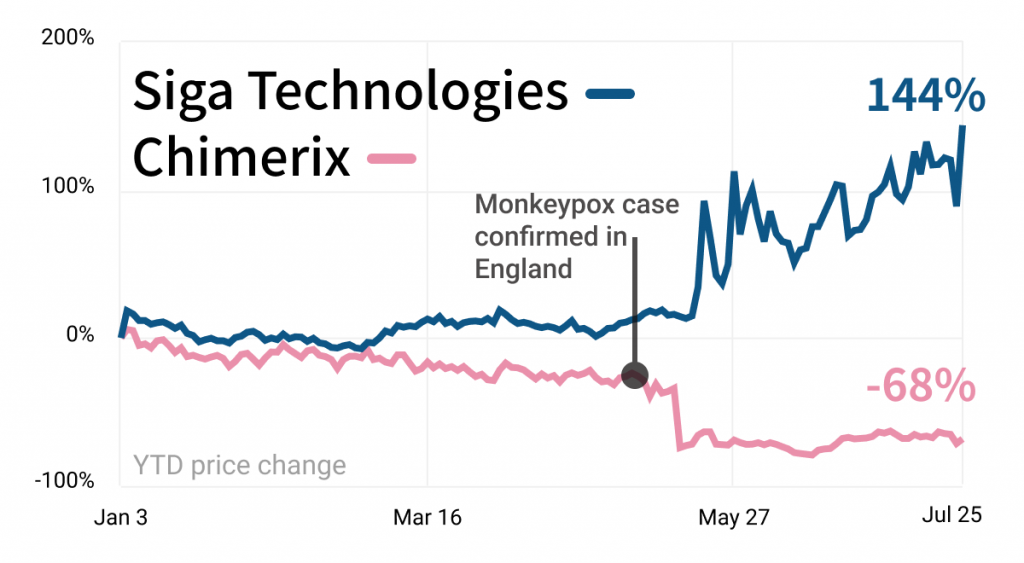 Monkeypox is rapidly spreading, and on Saturday, the World Health Organization declared a public health emergency of international concern — another one in just two years.

What’s the big deal? The monkeypox virus has spread to 75+ countries with 16,000 known cases — nearly 5x more than in June.

While COVID is more easily transmissible, monkeypox has been around for 50+ years. It is similar to smallpox — where treatments and vaccines are available.

JYNNEOS — developed by a small Danish company Bavarian Nordic (OTC:BVNRY) — is the only vaccine available for monkeypox.

Containment: Dr. James Lawler of the University of Nebraska’s Global Center for Health Security thinks the case count could grow into the hundreds of thousands, and it could take at least a year for containment (NYT).

While many of these smallpox vaccine makers jumped in recent months, testing is still limited, and it’s uncertain how much vaccine supply will be needed.

Despite COVID, researchers don’t believe the world is acting aggressively enough — and thinks it can be contained as long as resources are dedicated.