Slow and boring consumer staples stocks are ahead in 2022 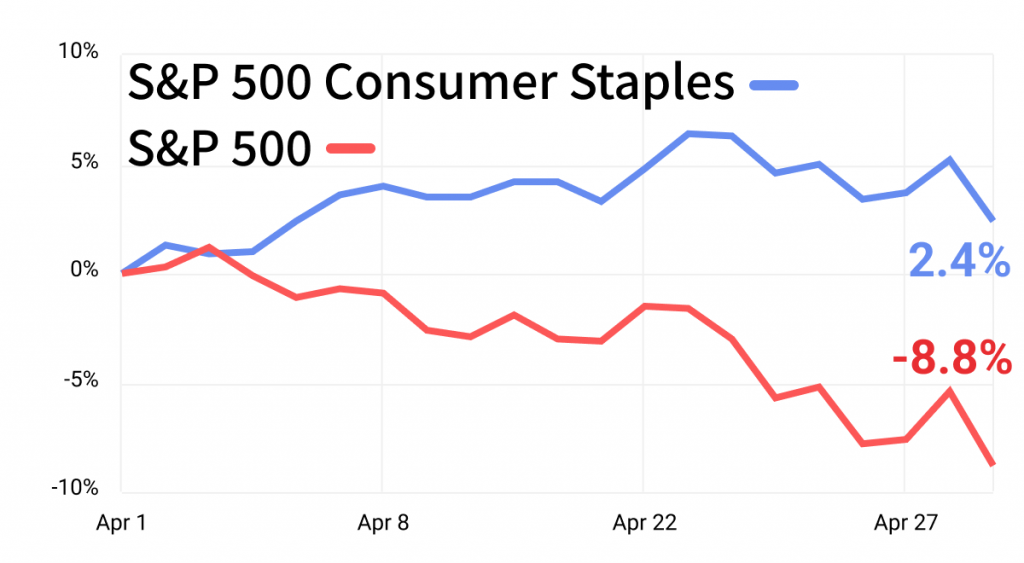 What’s the big deal? With a 2.4% return, Consumer Staples was the only positive S&P 500 sector in April. Of the companies in the sector, 90% exceeded analyst estimates in their recent earnings reports.

Altria said its consumers are trading down to discount brands — and consumer staple brands could eventually find themselves impacted by higher inflation and lower consumer spending.

Looking forward: In two days, the Fed is expected to announce a 0.50% interest rate hike — with a 0.75% increase on the table. National Securities’ Chief Market Strategist Art Hogan is optimistic and thinks we’re “at or near that darkest place” (MW):

“We would not be at all surprised if we see a similar reaction after the May 4th communication.” (Fed announcement)