Should The Average Joe Invest in Bitcoin? 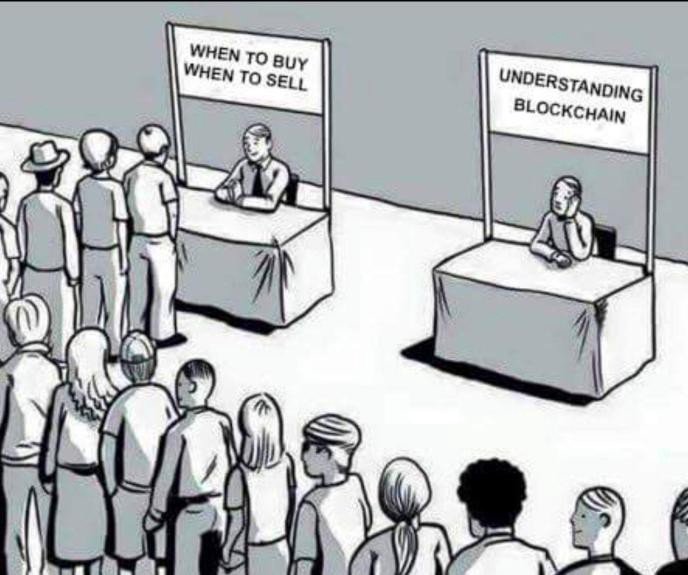 Have you heard of Bitcoin? Of course!

Do you understand what Bitcoin is? A digital currency that’s worth a lot of money.

Hold that thought, you might want to do a raincheck.

1. How high is your risk tolerance?

Investing in Bitcoin really only should be for the most courageous and thrill-seeking. The asset has seen major price swings in both directions in its decade of existence. In 2013, the coin lost 83% of its value in 2 days and another 50% in a span of 8 hours during 2018. (Scared of roller coasters? This one might not be for you.)

One of the appeals of cryptocurrency is its decentralized feature with no central authority governing the coin. This means that no authority can be its main source of collapse and on the reverse, the currency is not backed or protected by anything.

Like every other asset, Bitcoin also has the possibility of dropping to zero. The difference is, there is a much higher chance that people will stop believing in the value of Bitcoin rather than a mass extinction of Starbucks customers. 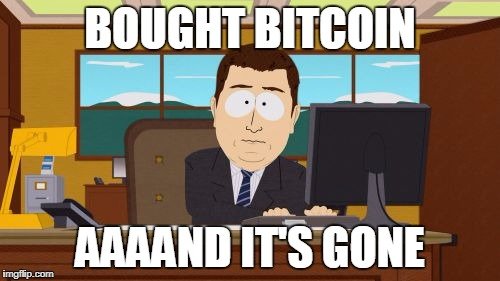 Why is Bitcoin valuable?

Bitcoin upholds its value from the people believing in the value of the “coin”. Simply put, if one day, the world deems that the value of Bitcoin is worthless, the value will plummet to zero. Sound familiar? Yes, this is exactly what money is. Although it is highly unlikely that the world will deem the dollar as worthless, we have seen currencies collapse in the past (i.e. Argentina, Hungary, Ukraine, Iceland, Venezuela, Zimbabwe, and Germany).

2. Do you fully understand what you’re buying?

Bitcoin was invented in 2008 by an unknown entity that goes by the pseudonym, Satoshi Nakamoto. Its creation was quickly followed by several other cryptocurrencies that have risen and fallen, destroying many hopes and 401K’s in the process. Unlike the other major asset classes and currencies, Bitcoin is nascent in its life and we do not fully understand its place in the global economy. In comparison to its decade long existence, the US dollar has been around for over 200 years, the stock market for over 400, and gold for more than 5,000 years.

To invest in Bitcoin is to understand that we don’t truly know what we’re buying. However, what we can do is educate ourselves as best we can and understand the risks of investing in such a volatile asset.

To start, ask yourselves these questions before investing in Bitcoin or any other cryptocurrencies:

Although this is not an inclusive list, it gives the potential investor a good start to understanding cryptocurrency.

3. Do you REALLY understand the risk of Bitcoin?

Bitcoin is a digital currency that exists only in the digital universe. There is no physical “Bitcoin” that we carry, all the code and data that stores your transactions and Bitcoins are located in millions of computers throughout the world. Similar to how a thief can break into your home to steal your cash, a digital hacker can break into your online wallet to steal your Bitcoin. In Bitcoin’s case, not only do you have to worry about your home being ransacked, you have to worry about cryptocurrency exchange, the cryptocurrency equivalent of a bank, being hacked.

In 2019, 12 cryptocurrency exchanges were hacked resulting in $293 million worth of Bitcoin being stolen. At a market cap of $117 billion, 0.3% of total Bitcoin was stolen. If you think these are your local mom and pop cryptocurrency exchanges getting hacked, think again. Binance, the largest exchange in the world was amongst the 2019 hacked list with USD $40 million stolen.

If you manage to outsmart luck, the next challenge is outsmarting yourself. Bitcoin holders have the option of storing their coins online or offline. Offline methods are often a safer method. This storage method requires passwords that are often written down on pieces of paper. Bitcoin holders have lost millions of dollars worth of Bitcoin as a result of forgetting or misplacing their passwords. A study shows that 20% of all Bitcoin has been misplaced and will never be circulated again. It’s true when they say your biggest enemy is yourself.

4. Do you understand your investing goals and time horizon?

Investing in cryptocurrencies is extremely risky and a good rule of thumb for investing in this asset class is to:

When it comes to investing in such a risky asset, it is very likely that you could lose all or a significant percentage of your money. Only invest what you are comfortable losing. Understand your investment horizon and do not gamble away the savings you are planning to use to finance your mortgage, etc.