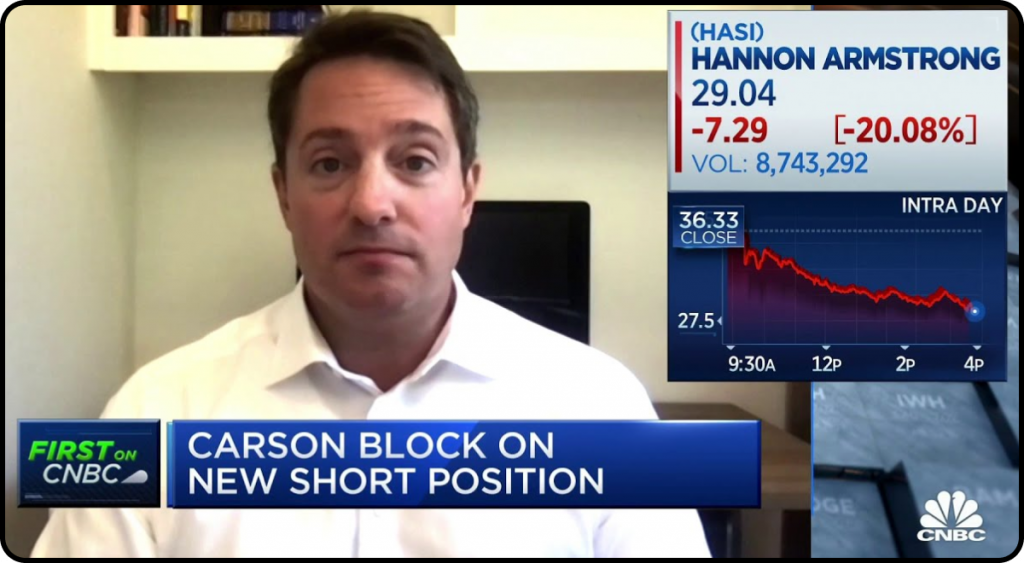 Meet Carson Block. He works as a short seller, one of the most hated professions in finance — making a living betting against companies, and profiting if they fall.

Part of the job is making accusations about companies, and there’s no shortage of them in his short reports.

This year, Block turned his sights toward the clean energy industry. Here’s what he had to say:

He points at Hindenburg’s short reports on electric vehicle companies Nikola and Lordstown Motors — both down over 90% from their peaks.

These aren’t your typical small-cap stocks. $RUN has a market cap of $6B and $HASI with $2.5B. He accused Sunrun and Hannon’s accounting practices which overstated earnings.

Both companies shot back with their own statements, and Block had to admit his Sunrun report contained an error with the tax code.

The Average Joe: “Guess I’ll just stick with clean energy ETFs. One company turns out to be a fraud? Won’t hurt the other dozen stocks.”