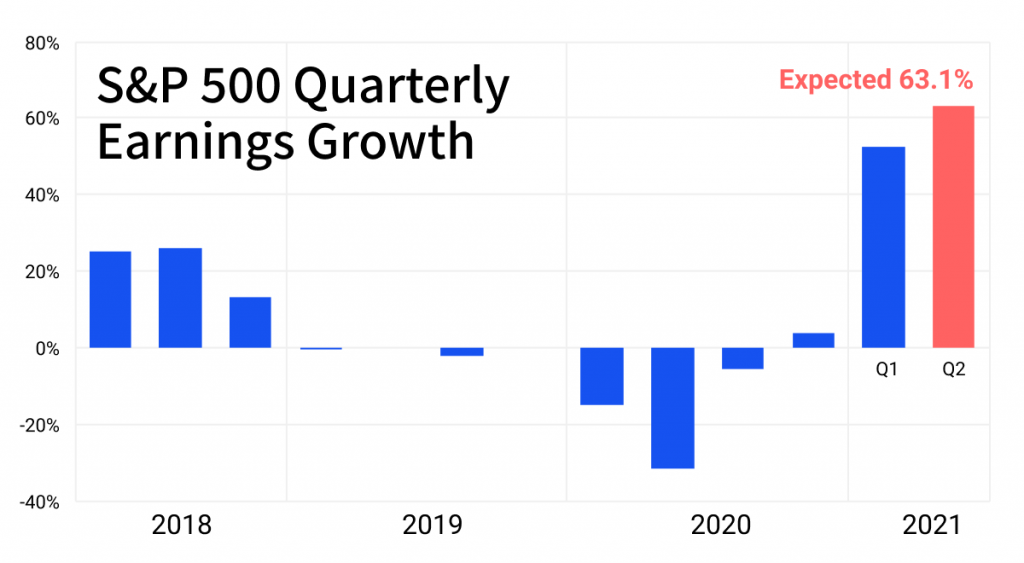 Earnings season is about to begin and analysts are forecasting a big jump in US company earnings.

What’s the big deal? This increase would be the biggest since the 2008-2009 financial crisis. But don’t be fooled by the headlines — earnings are only growing so much since they fell that much during 2020. And many stocks in the S&P 500 are already trading at record highs:

During the previous earnings season, industries most impacted by COVID reported the biggest earnings increases (i.e. energy, industrials, consumer discretionary and financials). And this time, don’t expect it to be any different.

Behind these positive headlines is another warning for the economy: the extra economic boost from a surge in spending may be over sooner than expected.

Investors: Don’t take this news as a sign that stocks will rise on earnings…

Also: What happens to the stock market after a big year of returns?