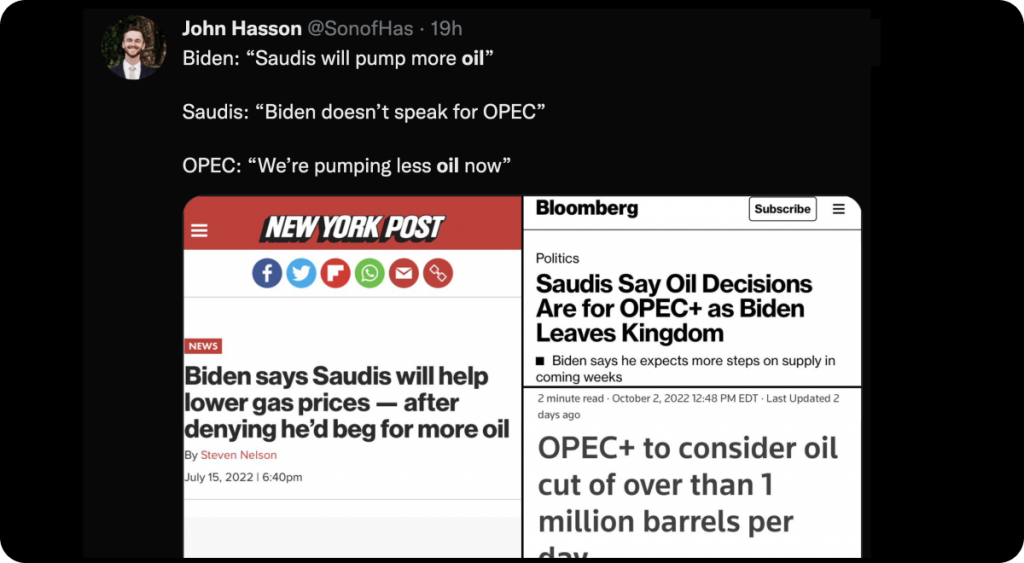 OPEC+ is a group of major oil-producing countries, including Saudi Arabia, Russia, Venezuela and 20 others. They produce over half of the global oil supply.

Econ 101: Supply goes down, price goes up. But their plans were leaked days in advance — which led to crude oil prices rising 12% in the past week.

This reversed a drop in oil prices in recent weeks caused by recession fears. Now, oil exporting countries are trying to protect their profits.

Oil has been a big topic this year. It’s been weaponized as part of Russia’s invasion and has contributed to rising inflation. The White House has called the cuts a “total disaster” and “hostile act,” — per notes obtained by CNN.

The American Petroleum Institute shot back — basically saying a ban is a terrible idea that would alienate European allies and lead to even higher prices.

How does this impact you? Get ready for more volatile oil and gasoline prices. Where are prices heading? That depends.