Oil is the investment that keeps on pumping – The Average Joe

Oil is the investment that keeps on pumping 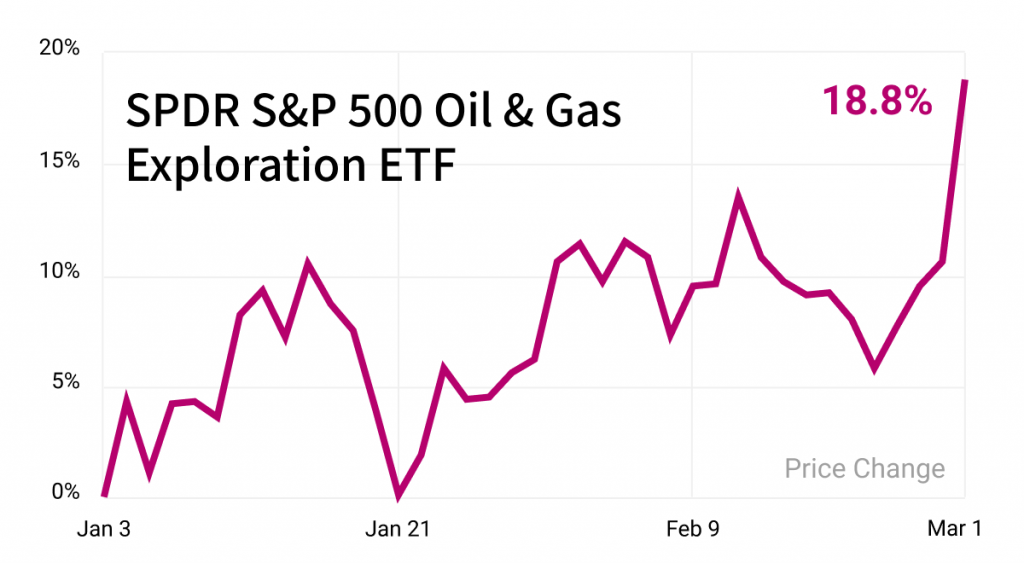 What’s the big deal? Sanctions on Russian oil — seen as a last resort — could trigger even higher oil prices and really hurt Russia’s economy. O&G made up 60% of Russian exports in 2019.

To make matters trickier, Russia is the co-leader of OPEC+ — a group of major oil producing nations.

Yesterday, the International Energy Agency — a group of 30 countries — agreed to release 60million barrels of oil into the market from its stockpile reserves.

High alert: Goldman thinks the market is underestimating the risks of higher oil prices — seeing long-lasting impacts even if war tensions ease — and raised their 2022 US inflation expectations from 3.1% to 3.7%.

On watch: US CPI (Inflation) report will be released on Friday, March 10.