Is OpenAI’s GPT-3 the ultimate bear case for Google? – The Average Joe 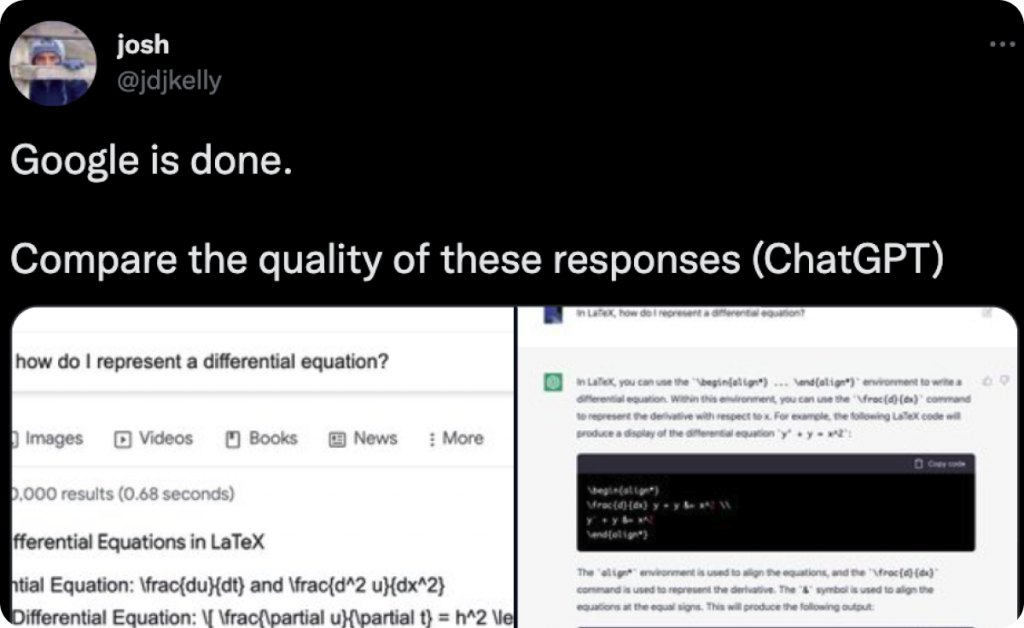 ChatGPT is like Google’s “I’m Feeling Lucky” — but with actual use.

The tool was built by OpenAI — a private artificial intelligence research and deployment firm that’s raised over $1B in funding.

ChatGPT reached one million users in just five days. It took Instagram two and a half months.

Google’s search market share has declined from over 90% in 2018 to 83% in July this year — with users moving to competing platforms in recent years: Is this the end for Google?

Unlikely. Even if Google loses market share, Search has become a much smaller part of parent company Alphabet’s (NASDAQ:GOOG) revenue.

Google has another edge: profits.

Running these AI chats isn’t free. It requires a lot of computing power estimated to cost OpenAI “single-digits cents” per chat. When millions of users are asking it several questions a day, it adds up.

And unlike Google — which makes money off search ads — GPT-3 is free to use without ads (so far). ChatGPT is still far from 100% accuracy — with some estimating the error rate at two to five percent.