Insurtech stocks heat up — best returning IPO of 2020 is Lemonade 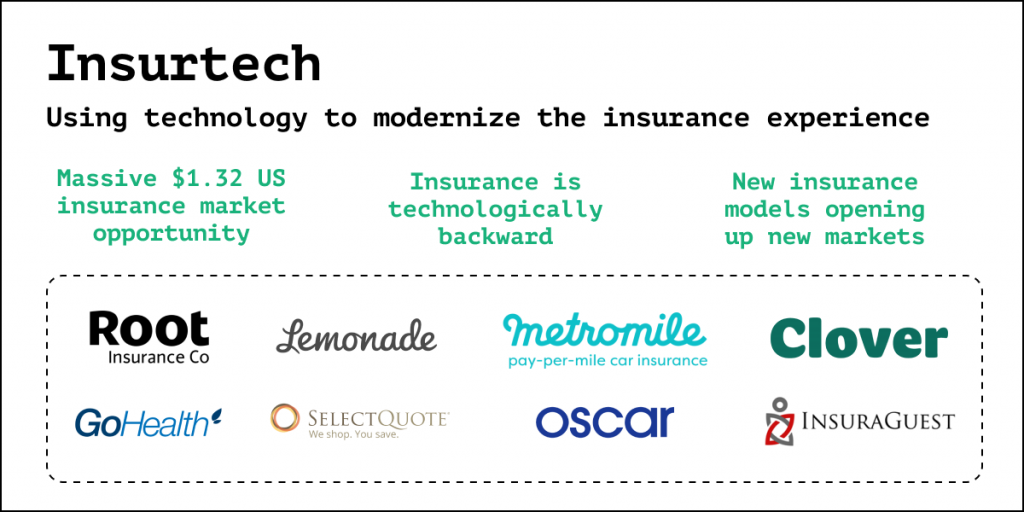 COVID has accelerated one too many industries — amongst them is insurance technology (insurtech). Insurance is going through a digital shift and all it took was a couple centuries to get here.

Insurance is one of the world’s largest, oldest and technologically backward industries — in 2019, over $1.32t worth of premiums were insured in the US.

Over the past 5 years, we’ve seen a surge in funding towards insurtech startups and now, we’re starting to see these companies grow into publicly traded companies.

These aren’t your traditional insurance companies…

The best IPO of 2020 turned out to be an insurtech company, Lemonade, a digital provider of home and pet insurance — surging over 350% after going public in June.

Other insurtechs are following Lemonade’s success in going public…

SPACs are also getting in on the action…

It’s not only millennials that are driving the use of insurtechs — Insurtechs selling Medicare Advantage plans to seniors have also benefited.

Medicare Advantage plans are private insurance coverage for seniors funded by the US government. Over the next 40 years, the number of Americans over the age of 65 is expected to double — increasing the adoption of insurtechs that make buying and comparing Medicare plans easier.

These plans are sold through health insurance companies like SelectQuote ($SLQT), GoHealth ($GOCO), Cover and Oscar.