How will the Inflation Reduction Act impact the clean energy sector? – The Average Joe 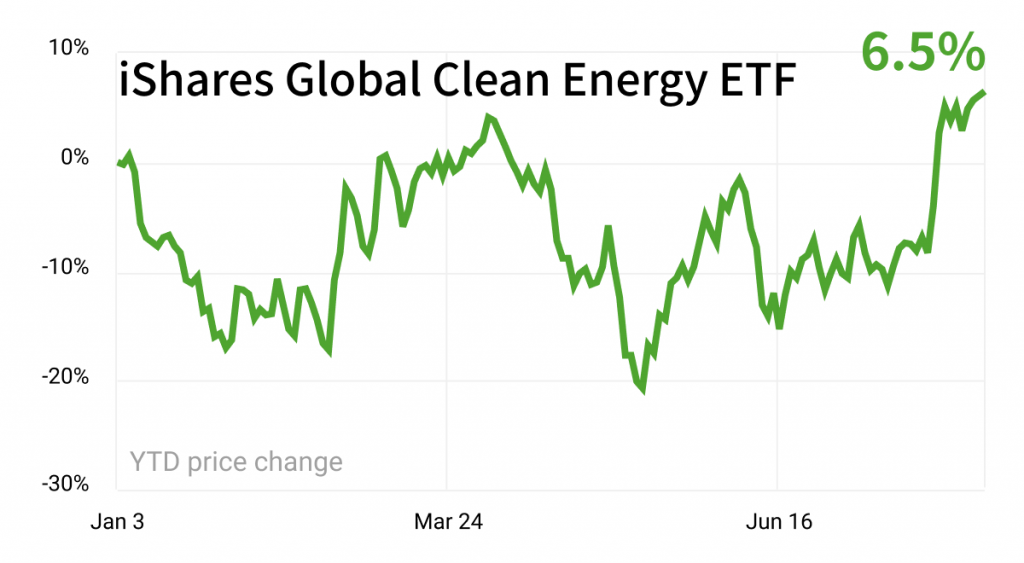 The Inflation Reduction Act is on its way to the House for voting (likely to pass) — before making its way to Biden for signing. The bill has major implications for the clean energy sector…

The American Clean Power Association (ACP) thinks clean energy production in the U.S. could triple by 2030.

The iShares Global Clean Energy ETF (NASDAQ:ICLN) has been up 16% since the end of July — when Senator Joe Manchin supported the legislation. But the sector still has a long way to go before reaching last year’s peak.

The Joe’s Take: We wouldn’t be surprised if this became a “buy the rumor, sell the news” type of event. Rising interest rates and a slowing economy are still driving the markets. While we got a nice recovery in recent weeks, investors shouldn’t get too complacent in the current market.