Here’s why cannabis reforms are on the table for 2023 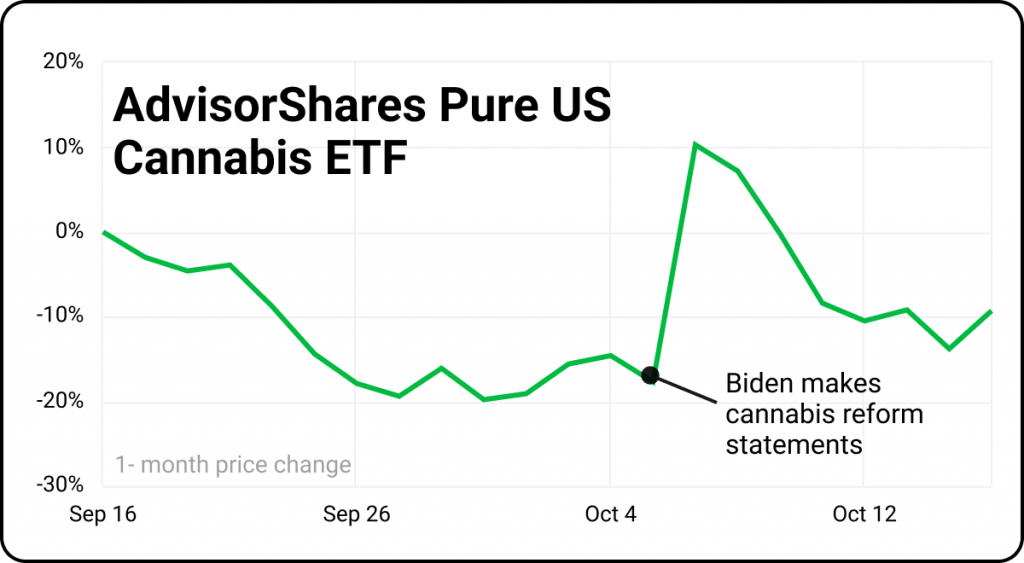 But like every other time cannabis received positive news on legalization, pot stocks would rise — just to collapse again.

The AdvisorShares Pure US Cannabis ETF (NYSE:MSOS) rose 34% after the news — but is now up only 10% since.

Skeptical investors see the move as a way to drum up midterm elections support, but one investor disagrees.

Aaron Edelheit — the CEO of Mindset Capital and a well-known cannabis investor — shared his thoughts in a post.

Edelheit thinks cannabis could be reclassified by the end of 2023. Cannabis is currently classified as a Schedule I drug — on the same level as heroin and MDMA.

The uncertainty of when cannabis could be decriminalized continues to drag pot stocks down. And while the move was short-lived, we could finally see some progress next year.

Learn more: Why cannabis ETFs may be the better option than individual stocks