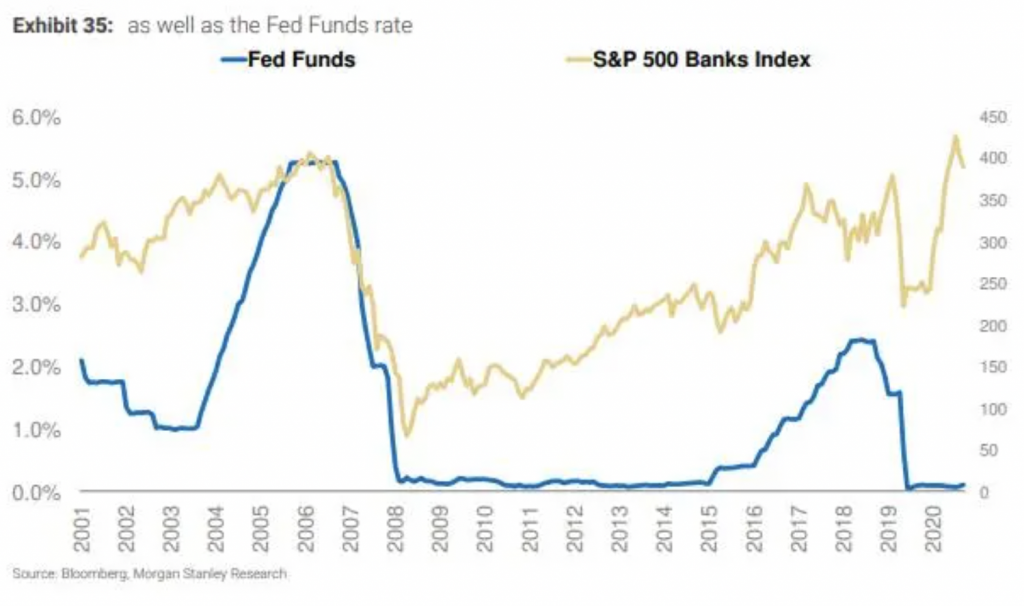 The logic: As interest rates rise, banks — which rely on high interest rates to drive revenue — should perform better. And the more businesses/consumers borrow from banks, the more they earn.

Analysts expect 2-3 rate hikes in 2022 — with more following in 2023. Given how consumer lending remained stubbornly low during COVID, increased borrowing could be also important to their growth.

The better question: Do they perform better than the market average? According to Robert Armstrong of FT — while bank stocks do perform well when rates rise, whether they beat the market average is another issue.

Here’s how banks performed during past periods of rate increases, according to Armstrong:

The ETF Way: The Financial Select Sector SPDR Fund (NYSE:XLF) — is up 33% this year, but nearly all of its gains came in the first half of 2021.

Dive deeper into the financial sector.