What’s Beating the Market? Direct Listings — which have outperformed the market average – The Average Joe

What’s Beating the Market? Direct Listings — which have outperformed the market average 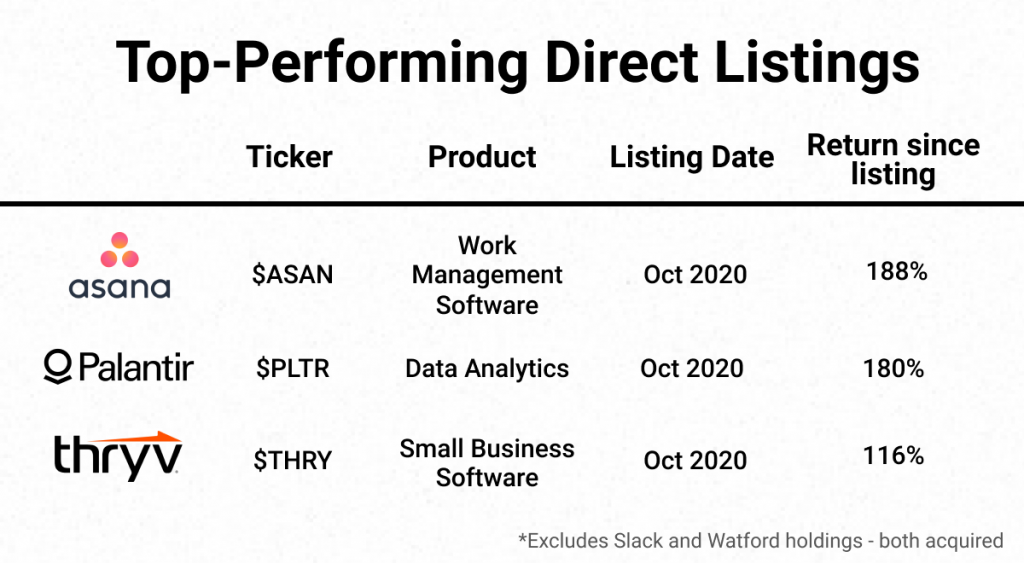 What are direct listings? Direct listings are an alternate way for a company to go public vs. an IPO or SPAC. Here’s one of the biggest differences between the two:

According to an analysis by Professor Jay Ritter of the University of Florida (via WSJ), 8 of 10 companies that used direct listings have risen an average 64.4% from opening trading prices. In the same time period:

Why have they done better? According to Jay Ritter, “It reflects the fact that the group that’s chosen to do direct listings is a really high-quality group of companies”.

These companies tend to be in better financial shape than those going public through a traditional IPO seen in the fact they don’t need to raise additional capital. Some of the top-performing direct listings and their stock performance since going public in Oct 2020: