What do Microsoft, Amazon and Google have in common? Their massive cloud businesses are carrying other parts of their businesses.

Cloud computing is crucial for most companies. You can’t just turn it off. Don’t pay your cloud expenses; down goes your site or app. Imagine Coca-Cola refusing to pay its sugar suppliers.

These cloud businesses are extremely attractive to investors. Cloud companies also charge on a usage model — the more you use, the more you pay.

Here’s who controls the market (lots of familiar names): 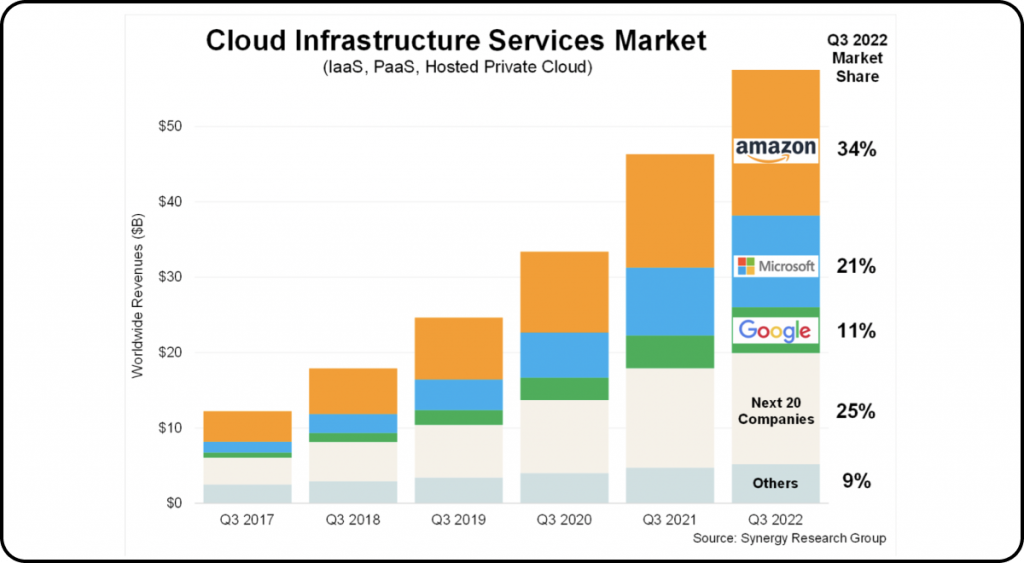 For the reasons above, their cloud units are seen as the most resilient part of their businesses.

Leading up to last week’s earnings, investors hoped their cloud units would make up for weakness in other areas.

Google Cloud — which grew 38% — was the only company to beat earnings expectations and the only major company to expand its market share. Still, $GOOG fell nearly 10% after reporting.

The cloud infrastructure market grew 24% in the third quarter — which is still major growth considering how big the market already is.

It could be worse. Their stocks would likely be down much more if it wasn’t for their cloud businesses.