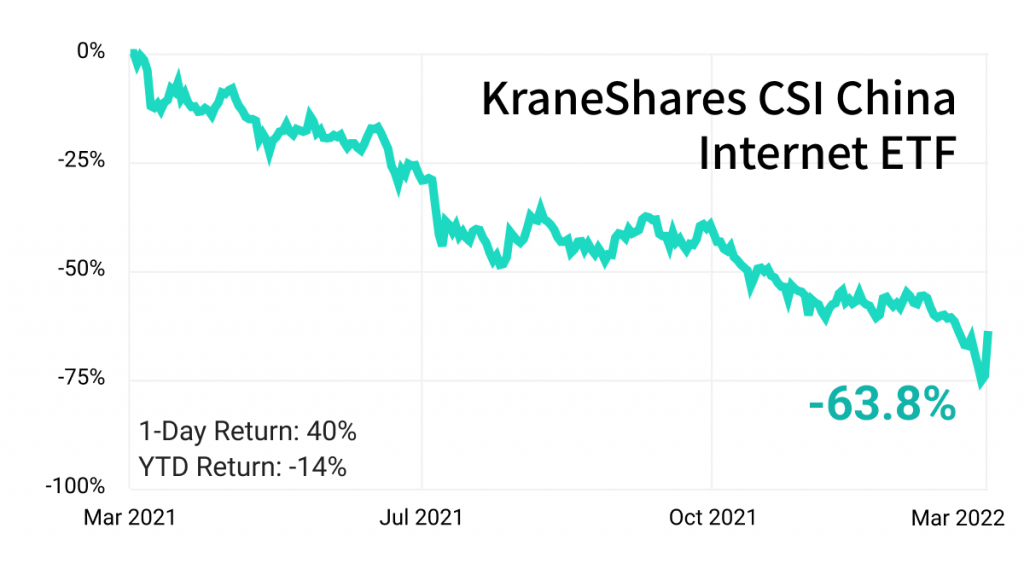 But slowing growth, falling credit and record outflow from government bonds — is causing China to backpedal on its plans.

Addressing the elephant: China and Washington are creating a plan around delisting concerns — per Xinhua report — a major cause of  Chinese stocks tumbling in recent weeks.

“They made it clear that China will solve the delisting issue for tech companies in the US” per Ming Liao of Prospect Avenue Capital (via FT).

The KraneShares CSI China Internet ETF (NYSE:KWEB) jumped 40% on the news with nearly all industries rising:

Zooming out: This is a big step towards reaching a bottom but investors have to be cautious: