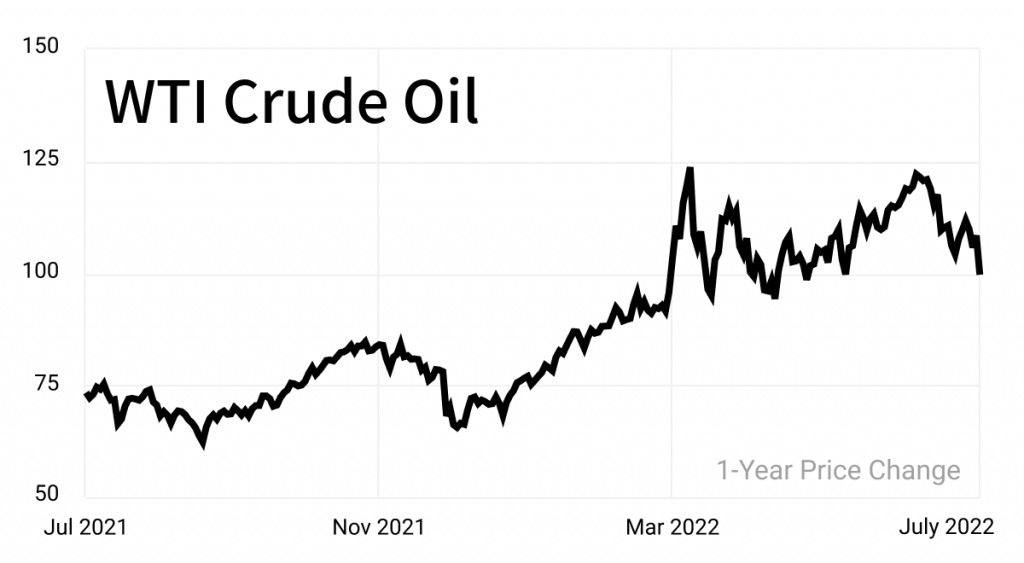 G7 economies are floating the idea of capping the price of Russian oil. Some analysts quickly dismiss the idea — while Russia is warning that these moves could bring oil prices even higher.

What’s the big deal? A boycott of Russian oil has done little to stop the Ukraine invasion. Russia’s Deputy Prime Minister Alexander Novak said they expect oil output to rise back to pre-sanction levels — with a large number of Russian oil exports redirected to Asia.

The plan: Near the end of June, President Biden pitched the price cap idea, and on Sunday, Japan proposed a cap near half the current oil price.

We didn’t say it was a very good plan…

Russia holds the cards: Per JPMorgan, “the most obvious and likely risk with a price cap” is retaliation by Russia with oil production cuts (BBG). Russia can afford to cut daily production by five million barrels without doing too much damage.

JPMorgan gives us two scenarios. If they cut daily production by:

Both represent a massive jump from crude oil’s current price of just under $100 a barrel. Citi is forecasting oil to fall to $65 a barrel by the end of the year if a recession hits and lowers demand.

The direction of oil prices is still dependent on a lot of conditions.