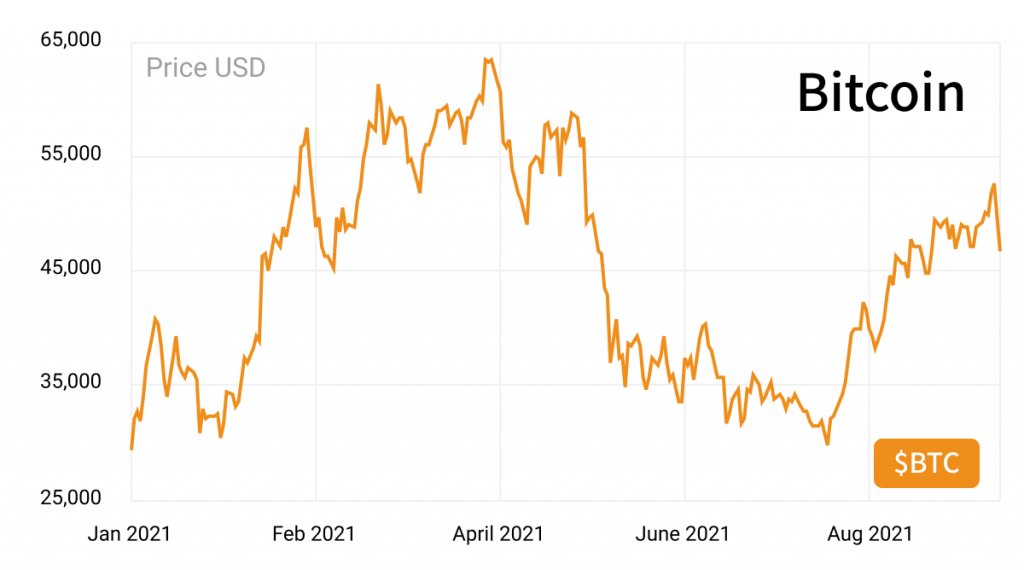 Yesterday, El Salvador became the first country to adopt Bitcoin as its official currency. In celebration, Bitcoin took a 9% dive.

What’s the big deal? The move by the tiny Central American country is one of the biggest crypto experiments watched globally.

As part of the transition, El Salvadorian citizens will receive $30 in a digital wallet backed by a $150m government fund. Taxes may also be paid in Bitcoin and merchants must accept Bitcoin if they have the technology.

But surveys show a majority of locals opposing the idea:

For now, just some see the benefits of expanding payment options in a country where 70% of transactions are cash-based.

And for Bitcoin? Since June, Bitcoin is up 48% when El Salvador’s president first announced his Bitcoin plans — and in just 3 months, the bill officially came into effect.

But it’s uncertain how much of that rise was caused by El Salvador’s move.

At the same time, several other popular cryptos outperformed Bitcoin. Comparatively, Bitcoin’s crypto market share dropped from 57% a year ago to 40% today.

The whole world is watching as El Salvador takes on the risks in one of the biggest crypto experiments. Success or failure, the attention on Bitcoin is likely a positive in the long term.