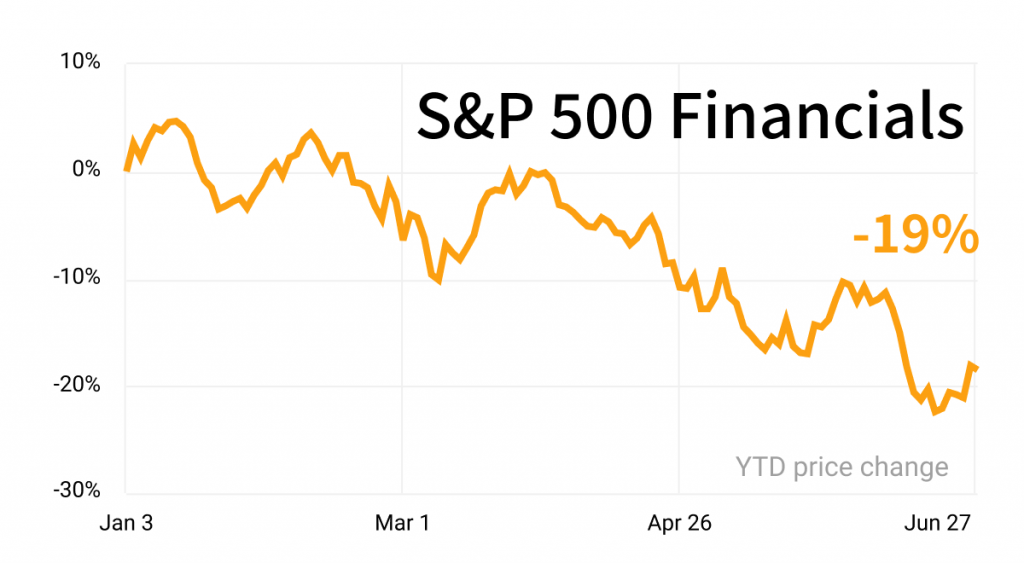 What’s the big deal? Recession fears had bank investors panicking at the start of 2022. Rising interest rates were supposed to benefit banks, but recession risks took over.

In a recession, bank losses go up as businesses and consumers default on their loans. These risks have decreased the S&P 500 financial sector by 17% this year — just slightly outperforming the S&P 500.

Stressed out: Each year, large U.S. banks are tested through various scenarios to determine whether they can handle a downturn, including a “severe global recession.” This year, they ran through a scenario with a:

The result: they’re “well-positioned to absorb a range of potential economic shocks,” per the president of the American Bankers Association (BBG).

This means they’ll have enough capital, even under extreme scenarios, to continue lending to businesses and consumers.

But different banks had varying results, some at more risk, including Bank of America, Citigroup and JPMorgan Chase — which may need to keep dividends the same and stop share buybacks, per Morgan Stanley analyst Betsy Graseck (Reuters).

Prediction: RBC’s top banking analyst thinks investors that are negative toward banks will change their minds in the second half of 2022. He thinks: