Are weight-loss treatments the blockbuster drugs of the decade? – The Average Joe

Are weight-loss treatments the blockbuster drugs of the decade? 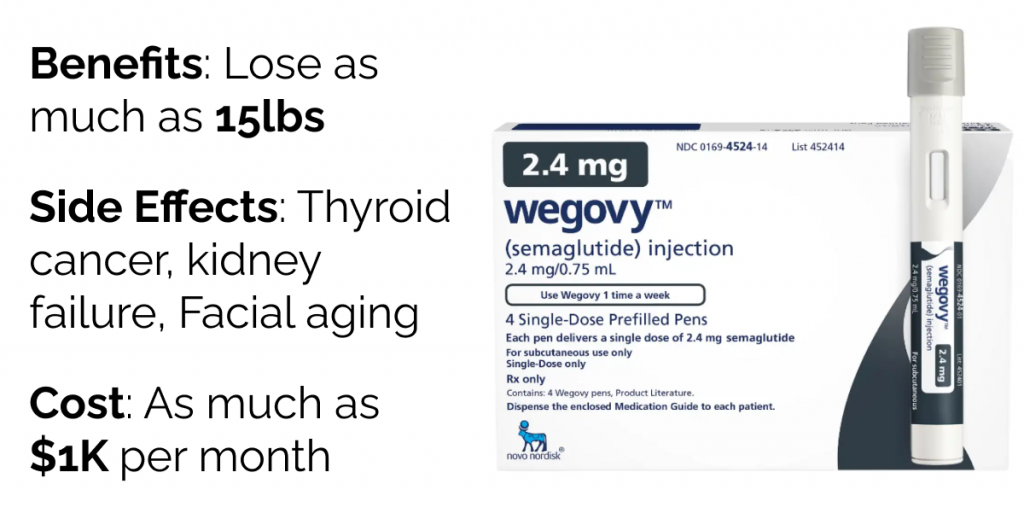 This drug may finally put an end to all those fitness fads that make you question why they were ever created. (Shake Weight 👀).

Introducing — GLP-1-based drugs that treat diabetes and obesity. Several have been approved in the past two years — stimulating hormones that make you feel full.

The rich are using them casually, which has led to a major shortage — and now they realize it’s the cause of their rapidly aging face.

Two drug developers with treatments in the market are:

Both companies’ stocks have soared nearly 50% in the past year. Since Novo’s drugs were approved, the company has continuously raised its earnings forecasts.

Instead of an injection pen with a needle, Pfizer is developing a pill that could become its advantage.

The new favorite drug of the 1%…

Demand has been so high that yesterday, Eli Lilly announced a $450M manufacturing investment to increase production.

Unfortunately, it’s also created a shortage for diabetic and obese patients who actually need it. Those without prescriptions are getting them off-label.

But we know one person who won’t take it:

Is it too good to be true? Let’s see, the drug has:

Treatment can cost as much as $1K per month — not including the $75K face lift bill. Plastic surgeons and dermatologists around New York are seeing an influx of patients on these drugs.