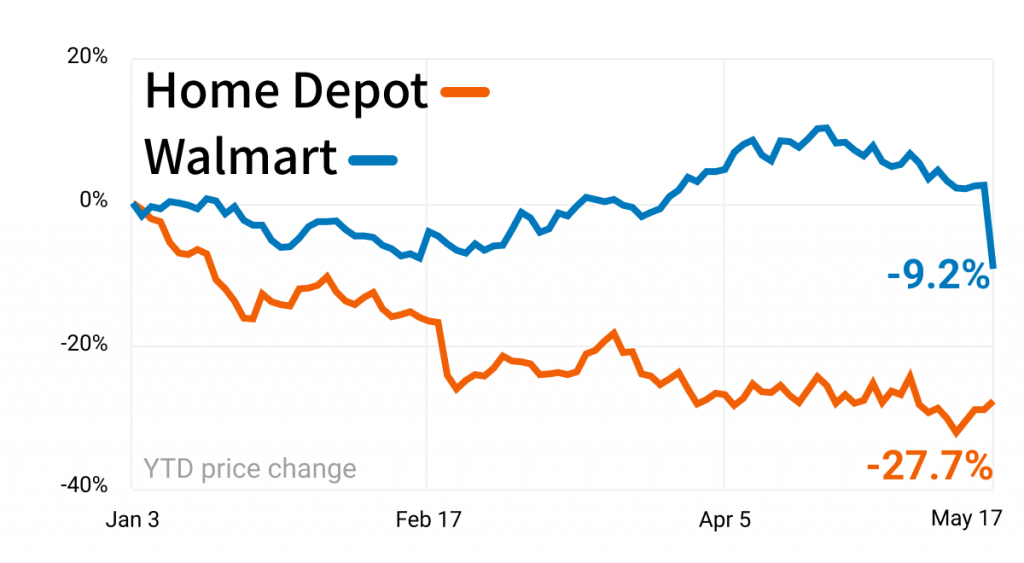 What’s the big deal? Retail data can help signal whether the economy is headed towards a recession and the data says not today.

But the data includes inflation and higher prices — which contributed to the rise in April’s retail sales, per Compound Advisors Founder, Charlie Bilello.

Tough luck on the other side of the world. China’s retail sales fell 11.1% in April compared to a year ago — after a near two-month lockdown impacting one of its biggest cities, Shanghai.

Inflation is having varying impacts on these two companies:

Consumers are shifting to lower quantity packages and Walmart’s cheaper, private brands — signs that consumer wallets are under pressure.