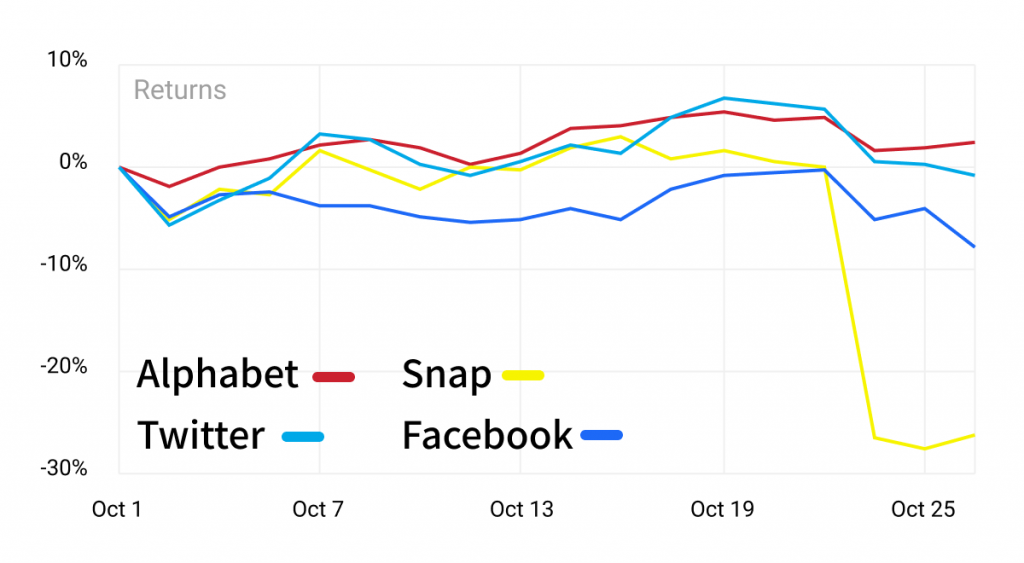 In the past week, the largest advertising platforms — Facebook, Alphabet (Google), Twitter and Snapchat all reported earnings — with mixed results. The common thread? Slower growth thanks to Apple.

What’s the big deal? Earlier this year, Apple released its iOS14 privacy changes which made it harder for advertisers to target consumers using data.

Here are the winners and losers post-earnings:

And those in between: Twitter’s sales were less impacted than expected while Facebook impressed with strong earnings.

But many of these platforms said the iOS changes were their biggest challenge — with no signs of ending. Facebook and Snap gave updated fourth quarter sales forecasts as much as 10% less than originally projected.

Doomed to fail? Likely not. Despite these challenges, there’s still no better advertising platform with such a massive user base.

FB is rebuilding its ad systems to work with less data — a process that’ll take several years — and other advertisers will likely adopt similar tech.

They’ll likely get past these issues, which leaves it with other problems to handle:

Then there’s the threat of TikTok, which has already surpassed Twitter and Snapchat with 1B users.