Did the advertising industry just have its strongest year ever? – The Average Joe

Did the advertising industry just have its strongest year ever? 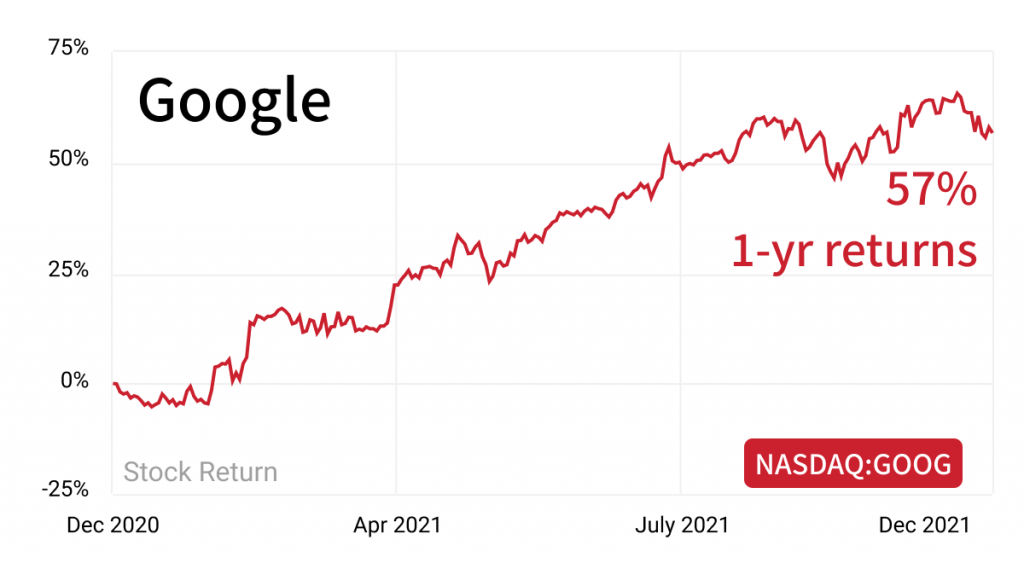 Advertising is growing faster than expected — but you wouldn’t know from the poor stock returns of social media advertising platforms in 2021.

What’s the big deal? According to forecasts from GroupM, global advertising spending is expected to grow 22.5% to $763B this year — higher than the previous 12% growth prediction.

The largest of em’ all: Google — controls 29% of the US digital ad market — and just how dominant is it?

Alphabet’s (NASDAQ:GOOG) fortunes reversed in 2021 — with its stock rising 64% — after underperforming other ad stocks last year.

Unlike other ad giants, Alphabet was less impacted by Apple’s privacy changes and inventory shortages — causing many brands to reduce ad spending.

Diversifying bets: With 82% of Alphabet’s sales and nearly 99% of Meta’s sales from advertising — both are looking for their next big thing:

Ad giants are forecasting lower sales in the coming year — with GroupM estimating ad sales to rise 10% next year.