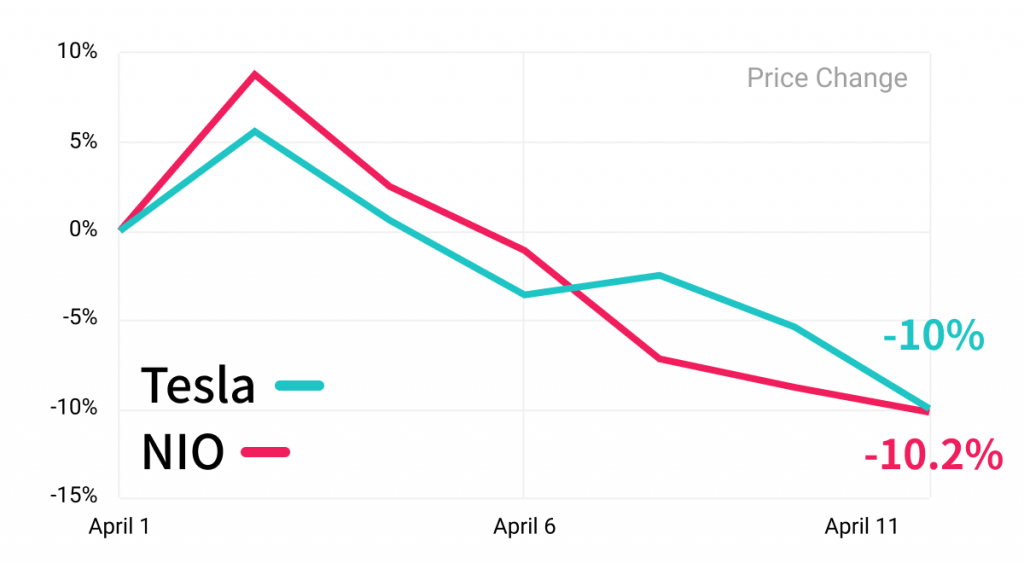 2020 called; they want their headline back. Shanghai, one of China’s major financial centers, has been under complete lockdown since April 1 (2022, for emphasis).

Lockdowns are at risk of disrupting manufacturing in various industries.

What’s the big deal? While many major countries have already lifted lockdown restrictions, China has stuck to its zero-COVID policies.

Driving off a cliff: The once hot Chinese electric vehicle maker Nio (NYSE:NIO) is down 70% since the start of 2021, and the upstart may have further room to fall.

$NIO fell 1.5% on the news, but it wasn’t only Chinese domestic manufacturers impacted. Notice of its delays also affected global carmakers with factories in the region (i.e., Volkswagen and Tesla):

Delivery at any cost: Wait times on semiconductors have risen. Still, certain companies, including Taiwan Semiconductors (NYSE:TSMC), have resorted to “closed loop systems” — where workers live on site.