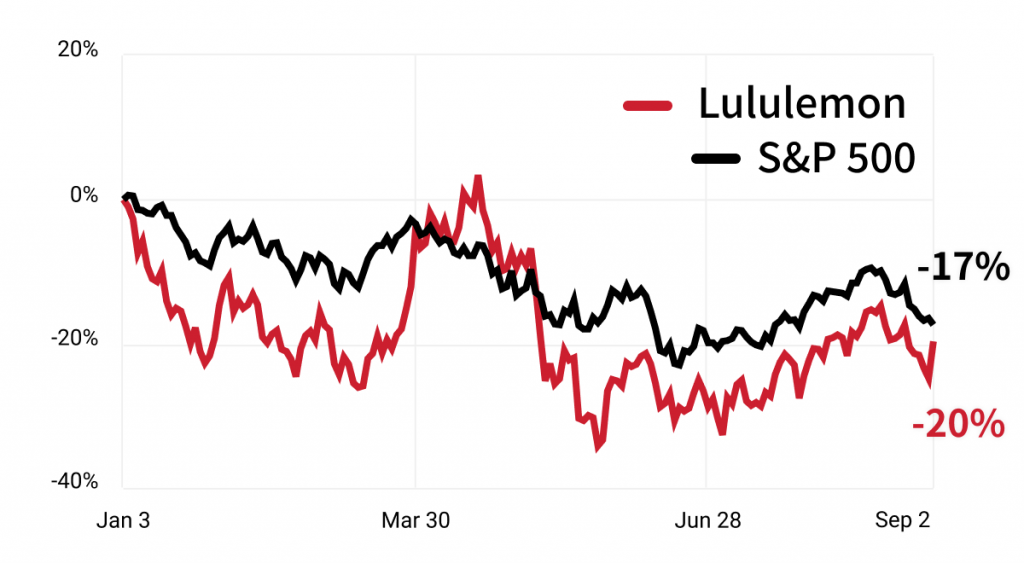 You wouldn’t be able to tell the economy is on the brink of entering a recession from Lululemon’s (NASDAQ:LULU) recent earnings report — which sent $LULU up 6.7% on Friday.

What’s the big deal? Lululemon has stood out among a struggling retail sector — whose problems are much too familiar to investors.

1/ Premium goods have remained strong during the slowdown. Major retailers are reporting consumers pulling back — but not Lululemon. Nordstrom and Macy’s are also seeing growth among their premium brands.

2/ Inventory issues aren’t as problematic at LULU. While inventory jumped 15%, Lululemon told investors the current levels leave it “well positioned to support its revenue growth in the third quarter.”

Lululemon gave a strong full-year forecast of $9.75-9.90 earnings per share — above analyst estimates of $9.44. Athleisure is one of the few remaining COVID beneficiaries running strong.