Which company will sit the throne in 2030? – The Average Joe

Which company will sit the throne in 2030?

Last week, the largest US companies lost a combined market value of nearly one trillion dollars. Even with last week’s collapse, big tech still dominates the list of the largest companies.

Here are the five largest US-listed companies by market capitalization at various times in the past: 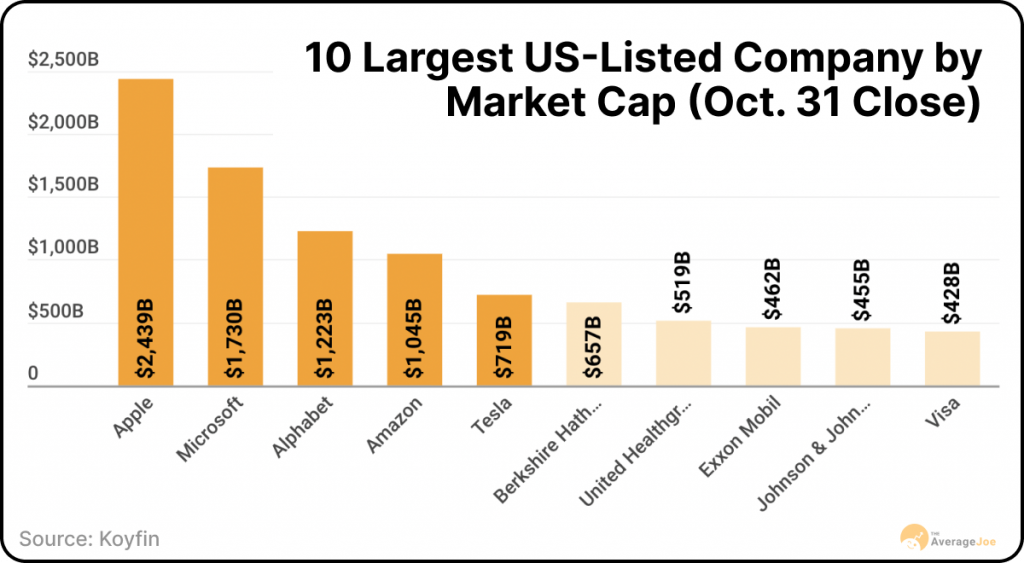 What are the takeaways?

Of the top five largest companies, Tesla ($720B) is currently the only one below a trillion-dollar market cap. Amazon is the second-closest at just above $1T.

These companies are part of the graduating class of 2022. Who’s going to be voted most likely for each category? Let’s start with our guesses….

1/ Most likely to drop from the list by 2030? Amazon. The most hated by regulators.

2/ Most likely to be on top? Apple. Massive lead and strong brand value.

3/ Most likely to glow up and enter the top five? Nvidia. Semiconductors will become an increasingly important market.

We’ll refer back to this list in eight years and see if our predictions come true.