Which company earnings surprised investors this quarter? – The Average Joe 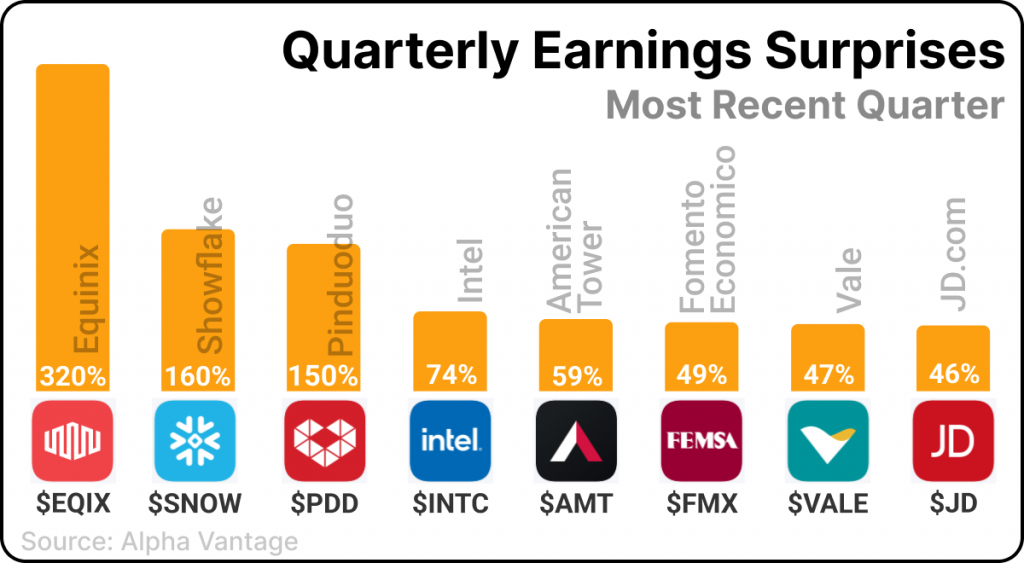 Filtering through some of the companies…

$SNOW had a big earnings beat, but skip the money-loser, for now. $EQIX and $AMT are real-estate investment trusts, so earnings beats don’t tell the full story. Next.

Intel (NASDAQ:INTC) is one of the largest US chipmakers once known to be the semiconductor industry’s gold standard — but has struggled for many years.

Near the end of October, Intel beat earnings by a wide margin, sending their stock up over 10% since. But compared to competitors AMD and Nvidia, Intel’s stock returns have been a major disappointment over the past five years. Just how bad? 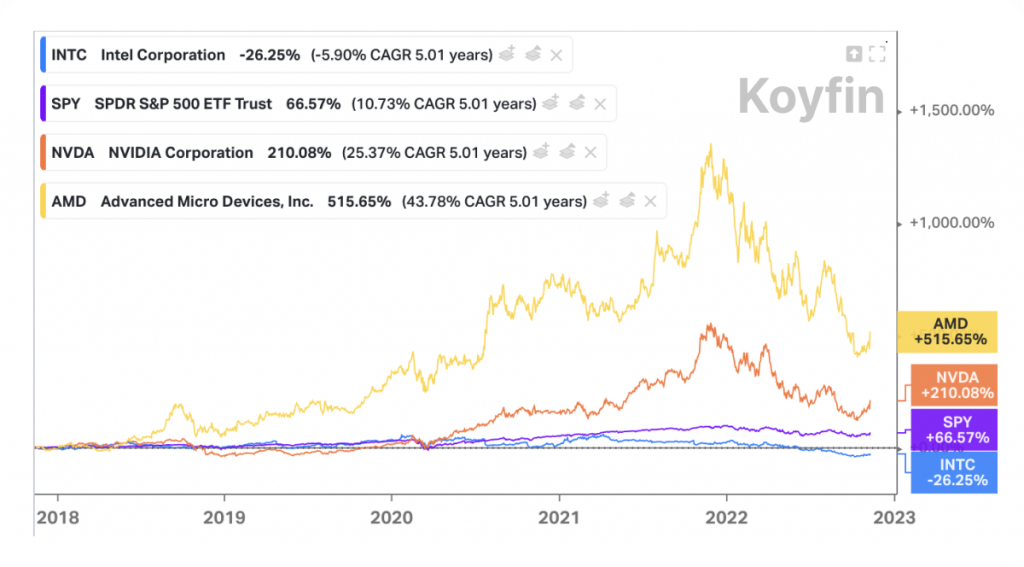 Intel is a highly debated stock with opposing views:

📉 “Intel has structural problems and is losing market share to competitors.”

📈 “Intel is trading at cheap levels and is a potential turnaround story.”

After a 45% decline this year, the stock is trading at its lowest since 2014, with lower valuations than its competitors.

120K employees isn’t easy. And it’s far too early to say how much chip demand will fall. Let’s give it another quarter.