What should investors expect in the upcoming earnings season? – The Average Joe

What should investors expect in the upcoming earnings season? 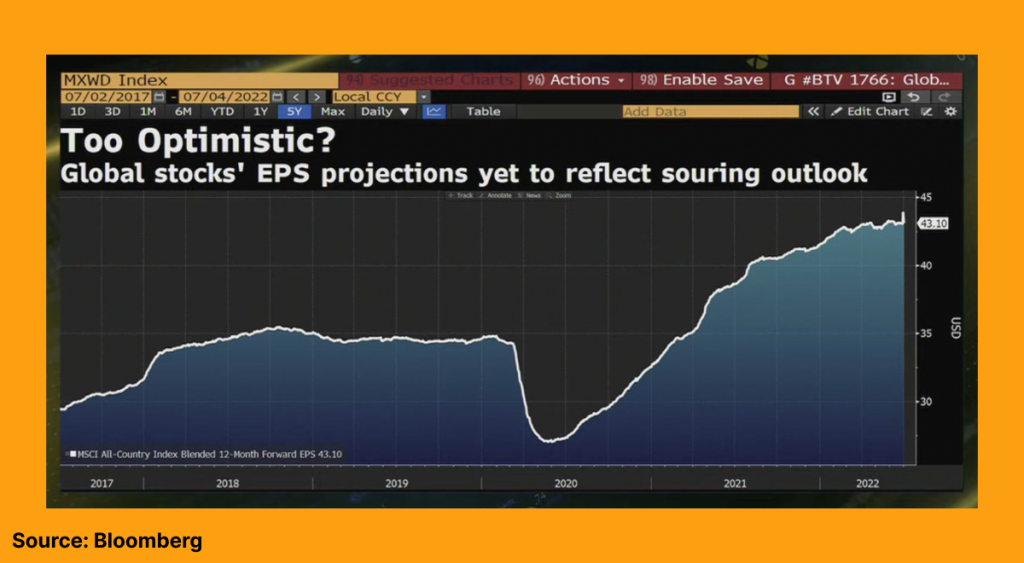 Earnings season is about to kick off with banks reporting next week.

According to Amati Global Investors Fund Manager Anna Macdonald, “The hit to corporate earnings could be quite rapid and quite extreme” (BBG).

Head in the clouds: Analysts expect S&P 500 earnings to rise 10.7% in 2022 — up from 8.7% at the start of the year. Despite economic conditions worsening, analysts are actually more optimistic.

Bad sign for the market: Micron’s earnings last week were one of the first signs of trouble. And not only for the semiconductor industry.

If earnings do fall, stocks might not look as cheap as they seem. This adds to the argument that it’s not time to get back into the market yet.