What earnings from the largest U.S. Bank is telling investors… – The Average Joe

What earnings from the largest U.S. Bank is telling investors… 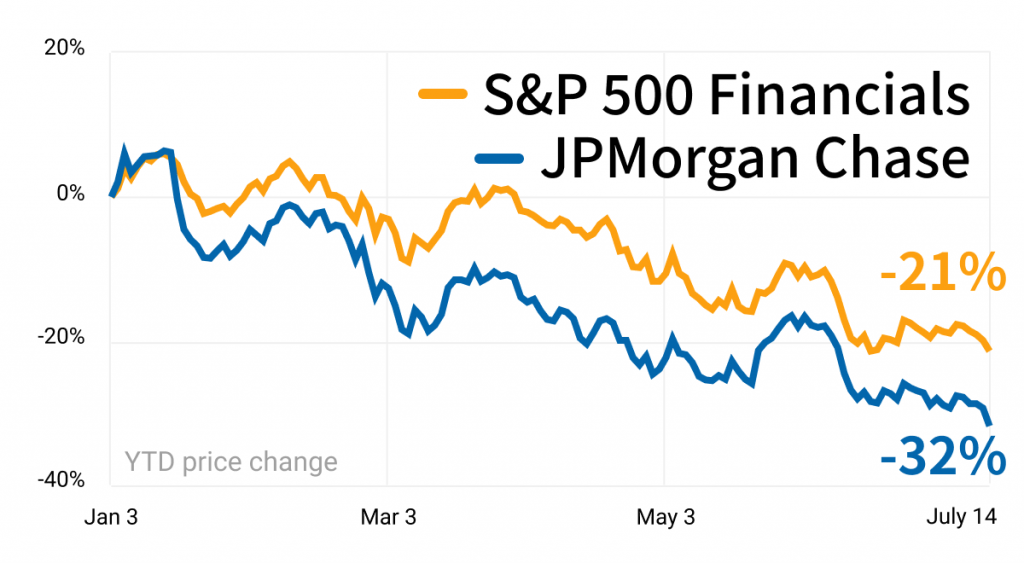 JPMorgan (NYSE:JPM) reported earnings yesterday that came in worse-than-expected, sending its stock down 3%.

What’s the big deal? JPMorgan is the largest U.S. bank and its earnings are often used to gauge the economy’s health. The forecast is looking gloomy, and here’s what their CEO Jamie Dimon is saying:

Onto the numbers: The lack of IPOs and deal activity is hurting the banking sector — leading to a 54% drop in JPMorgan’s investment banking fees.

JPMorgan will “temporarily” suspend stock buybacks — a form of returning value to shareholders. Dimon is trying to remain optimistic, but he’s not taking any chances — hunkering down for a recession.