What can investors expect from ARK Innovation in 2022? – The Average Joe

What can investors expect from ARK Innovation in 2022? 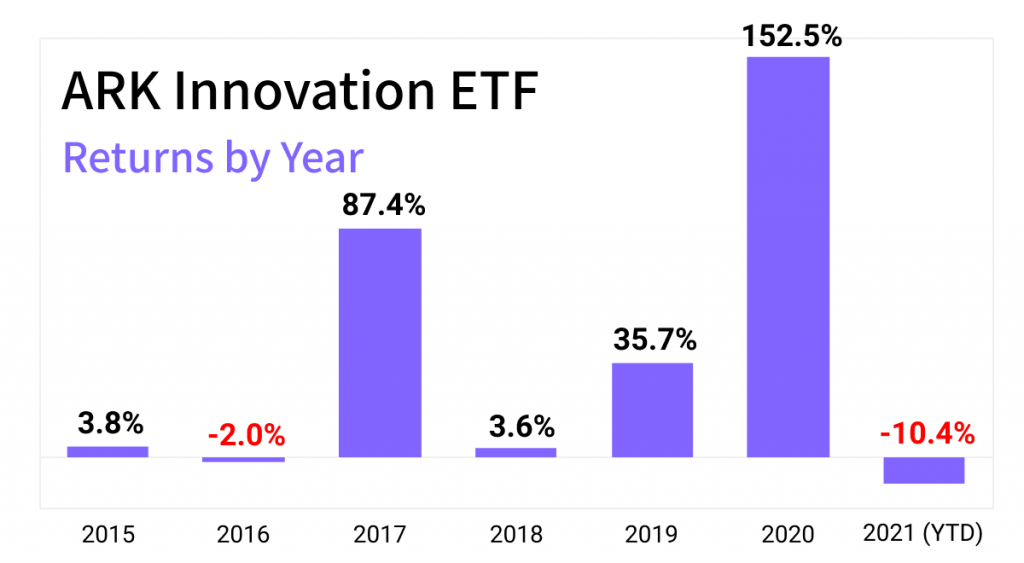 It’s been an all-around bad year for growth stocks — which make up the majority of ARK’s portfolio. Despite its underperformance, Cathie Wood remains a strong believer in her strategy of investing in innovation. But that won’t stop the haters:

Investors are bearish on the stock, but does it mean ARKK will go down even more after being down 29% since February?

But as shown in the chart above, there were good and bad years. And with ARK focusing on riskier growth companies, volatility should be expected.

Stock returns tend to be mean-reverting — which means they tend to move back to their long-term averages.