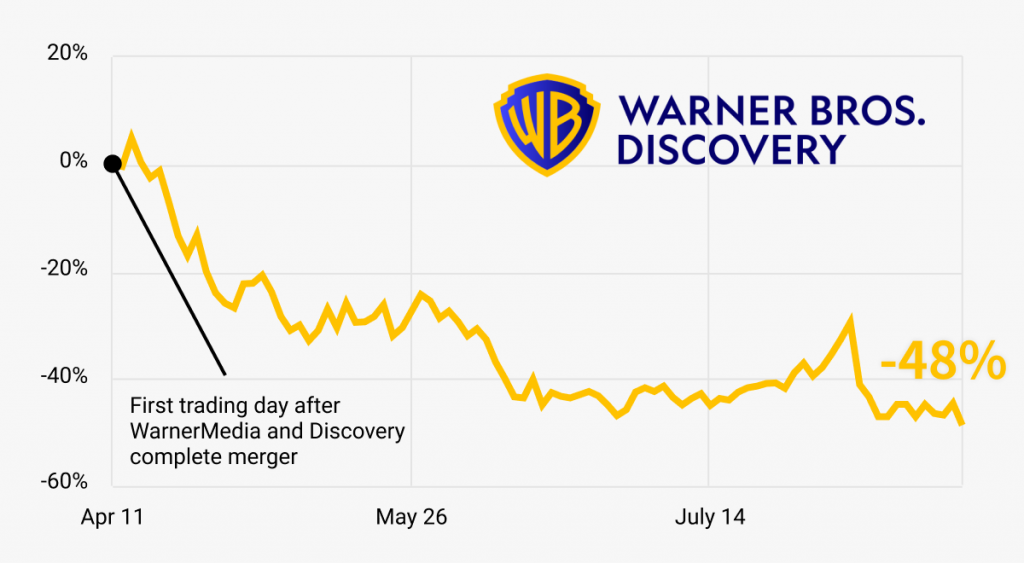 HBO had its biggest first season, new series debut with the release of House of the Dragon — drawing in nearly 10M viewers. Still, the debut was short of the final season premiere of Game of Thrones — which brought in 17.9M viewers.

$WBD has lost nearly half its value this year, and the $53B in-debt company has vowed to ruthlessly cut $3B in costs:

The launch also had issues with 3,700+ reports of HBO Max being down during the premiere of “House of the Dragon.”

Investors: While one successful release is unlikely to bring $WBD back, a ruthless CEO may just be what $WBD needs to unlock value for investors.

It might be too soon to write off WBD, but for investors, a better question is, what will perform better at the market bottom?

Bring it back: These four sectors performed the best the year after the 2008 recession.