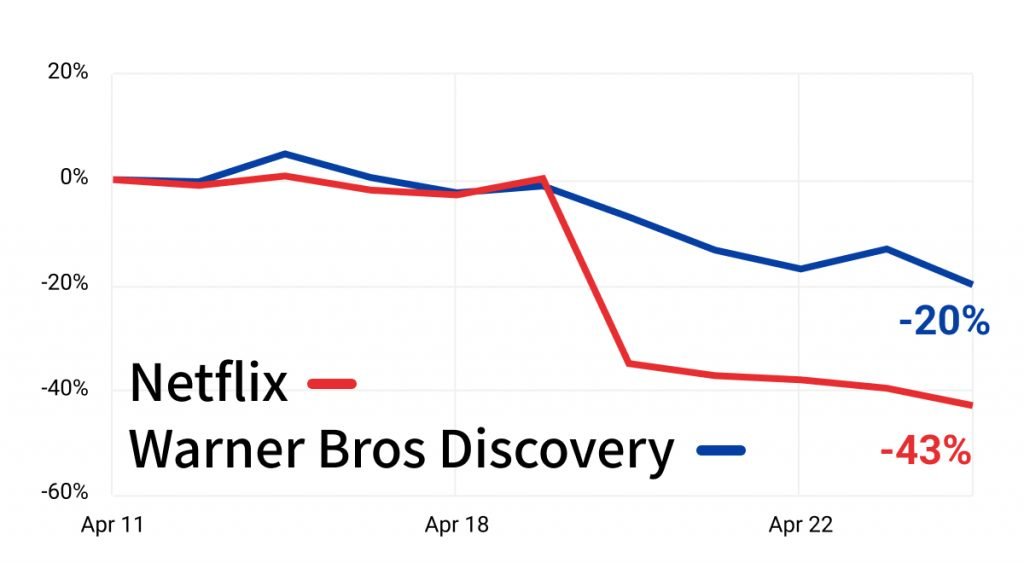 Warner Bros Discovery (NASDAQ:WBD) started its first month as its own publicly-traded company in a highly unfavorable market for streamers.

What’s the big deal? Warner Bros Discovery is the product of a merger between media giants WarnerMedia and Discovery, Inc. — which began trading on April 11 on the NASDAQ.

WBD owns an extensive library of content, but it has also inherited many problems: internal issues at CNN, a slowdown in streaming services and a highly competitive market.

Taking decisive action: WBD’s management team promises to cut $3B in costs, and one of its first big moves was axing CNN+ a month after launch.

According to A Media Operator, this was a smart business move, allowing WBD’s CEO to prove that he was serious about cutting costs.

WBD’s CFO hinted at the possibility of shutting down other “chunky investments” and potential layoffs.

Unlike Netflix, which recorded a net drop in subscribers — HBO and HBO Max increased subscribers by 2M in the first quarter, totalling 76.8M — and Discovery+ grew by 2M subs to total 24M.

Streaming services are down more than the broad market since Netflix reported earnings — $WBD is down 19%, $NFLX is down 43% and $DIS is down 12%.