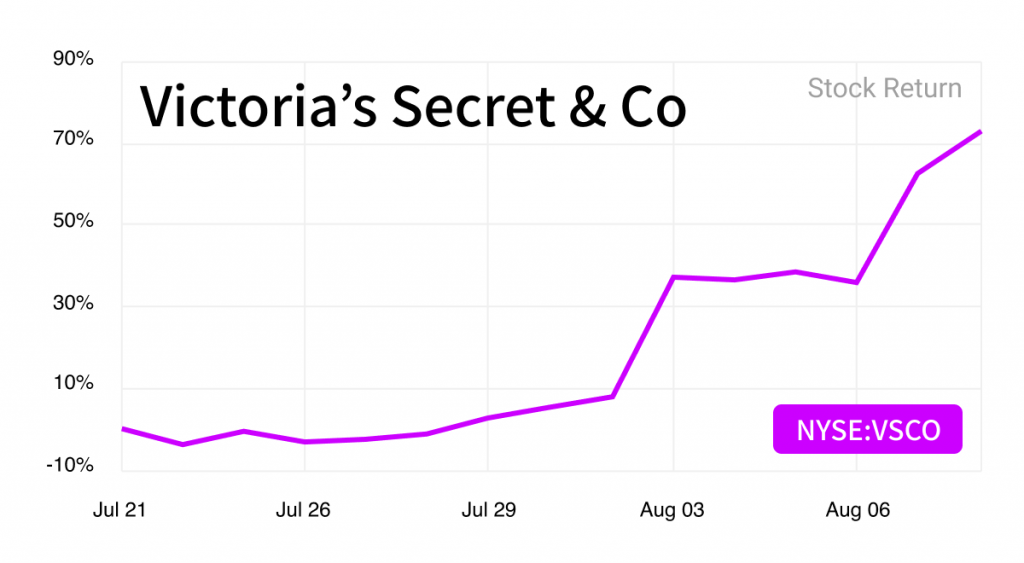 Victoria’s Secret (NYSE:VSCO) is undergoing one of the biggest branding shifts in retail history — ditching its decades-long sexualized marketing strategy for one catered to the current generation.

What’s the big deal? VS’ big pivot comes after years of trouble — with criticism that its marketing objectifies women, CEO ties with Jeffrey Epstein and falling profitability.

The infamous pivot: As part of its change, VS separated from its parent company, L Brands (owner of Bath & Body Works) to now trade as its own stock.

On the business side, VS cut down on inventory, promotions and unproductive stores — on the path to higher profitability.

Analysts are bullish on its stock, seeing upside as the company makes its recovery — putting a price target between $75-100 and driving up its stock by 70% in 2 weeks.

Looking forward: Turning around a $5b company isn’t easy — which involves aligning the entire company on its new vision among other risks:

With its stock up big in such a short time, VS has even less room for error in its rebranding.