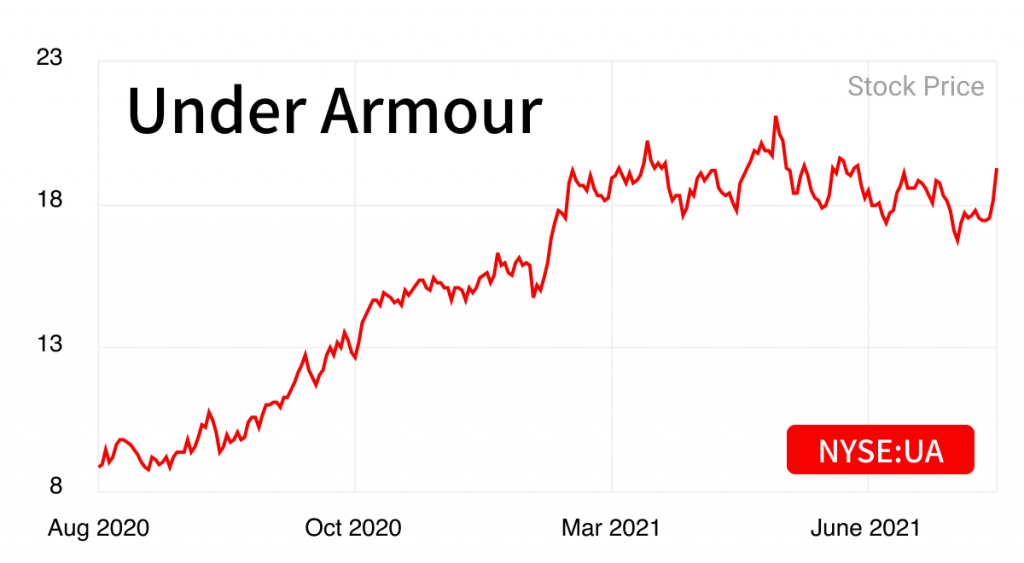 What’s the big deal? The impressive earnings report sets the stage for two things: the rebound in athletic apparel and the return of a fallen athletic giant. In the recent quarter:

Moving forward, UA anticipates sales to grow in the low 20s percentage — higher than previously expected and the highest in more than 3 years.

180-degree turn: Once deemed the next Nike and overtaking Adidas, UA’s stock rose 1,500% over 10 years, peaking in 2015 — and crashing 75% the following 2 years as company problems surfaced:

It also made several strategic mistakes — expanding too fast and getting left behind as the clothing industry shifted towards fashion and athleisure. In 2019, Kevin Plank was replaced as CEO with Patrik Frisk.

With e-commerce making up only 16% of its sales — short of Nike’s 30% plus — UA’s transformation has a long way to go before catching up to Nike.