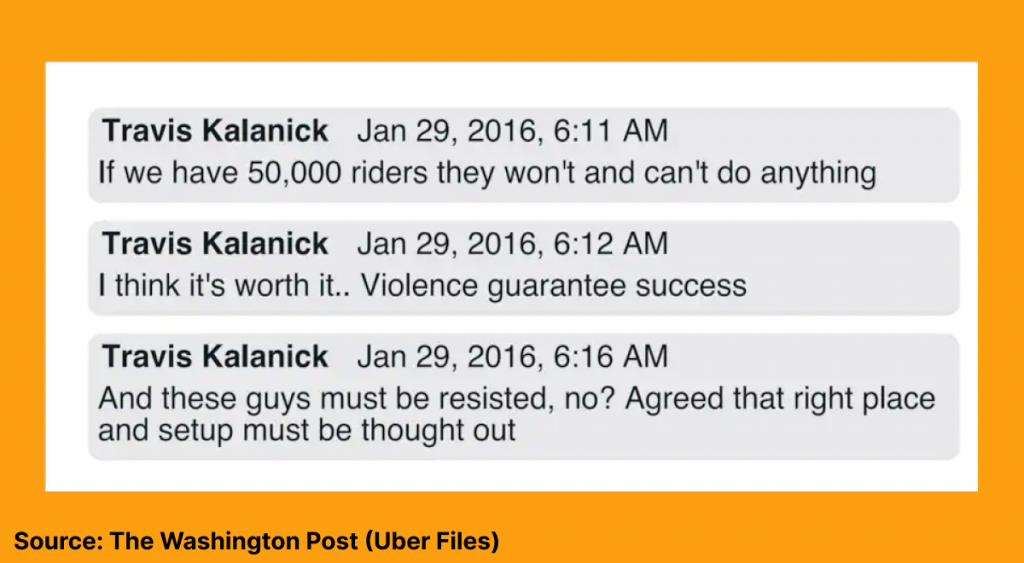 Over 124,000+ Uber docs and messages were leaked to The Guardian. Highlights: Ex-CEO Travis Kalanick woke up and chose violence on the regular. The “kill switch” was commonly used to hide sensitive company data, and Kalanick knew exactly how to pull strings for maximum influence.…

Tech’s favorite motto: Move fast and break things. Arguably, no one did it better than Uber.

Under ex-CEO Travis Kalanick’s leadership, Uber pushed the rules as far as it could — often breaking them — to become the dominant ride-sharing platform. Now we see just how far the company went.

Uber exposed: Over the weekend, 124,000+ documents and messages between 2013-2017 were leaked to The Guardian and shared with the International Consortium of Investigative Journalists — giving access to 180+ journalists.

Their unethical business practices were widely known — but the leak gives insight into Uber’s inner workings.

Uber also went past mayors and authorities and found ways to go straight to the source of power and influence.

An obedient Uber: Expedia ex-CEO Dara Khosrowshahi took over as Uber’s CEO in 2017 — coming in as the adult that would mature Uber.

Under Khosrowshahi, Uber’s negative press died down — but its stock price has done little to please public market investors.