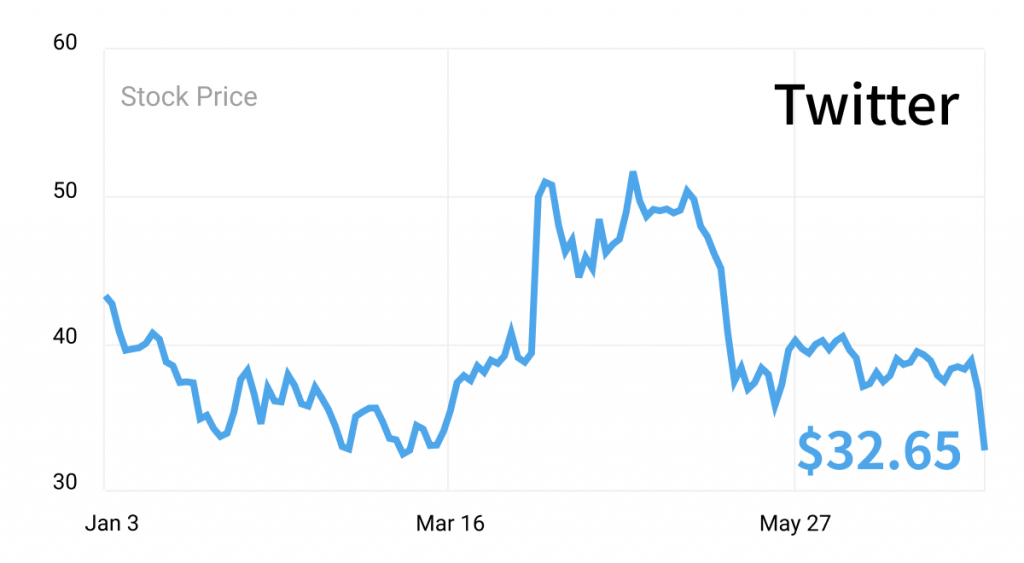 With Musk abandoning plans to buy Twitter, what becomes of the struggling social media company? Per Dan Ives of Wedbush Securities, it’s a “worst case scenario” that makes Twitter look like “damaged goods.”

What’s the big deal? Twitter really needed the deal to go through. Growth is declining, the company is burning cash, and another buyer is unlikely.

$TWTR would need to lose half its value to bring it down 80% from its 52-week high. With all the problems Twitter faces, that’s not such a farfetched scenario…

The biggest loser: Twitter will lose many things: Talent, investor trust, confidence in its CEO and funds from the legal battle.

On top of a potential recession slowing the advertising market, the legal battle will only become a massive distraction.

The Twitter-Musk drama is far from over, and $TWTR’s decline might not be either. In true Musk style, he responded through memes.