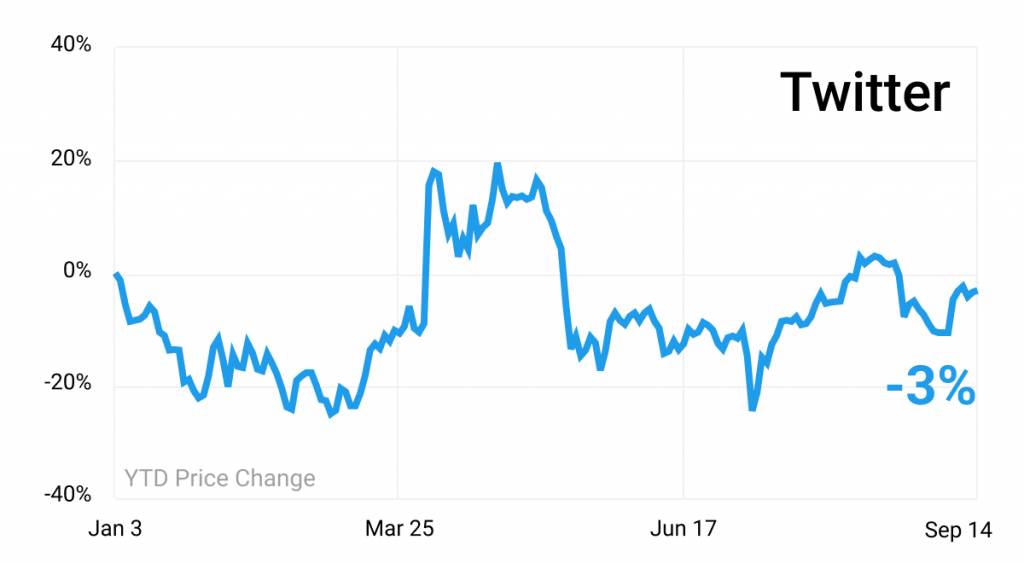 On Tumbling Tuesday, Twitter finished as the second-best performing stock in the S&P 500. It turned out $TWTR was a strong hedge against market downturns this year — down only 3% while the S&P 500 is down 17%.

$TWTR shareholders want the nightmare to be over… This week, Twitter received 98.6% shareholder approval to go ahead with an acquisition by Musk.

But Musk is still trying to back out of the deal — previously arguing that a large portion of Twitter’s users are spam accounts. He received some mixed news on his efforts last week:

Other scenarios: Fund manager Chris Pultz thinks Twitter could settle at a 10-15% discount from the original $54.20 price. Investors, including Einhorn, expect $TWTR to fall to $20 if the deal falls apart.