Will Twitter go the way of Meta or Snap in its earnings report? – The Average Joe

Will Twitter go the way of Meta or Snap in its earnings report? 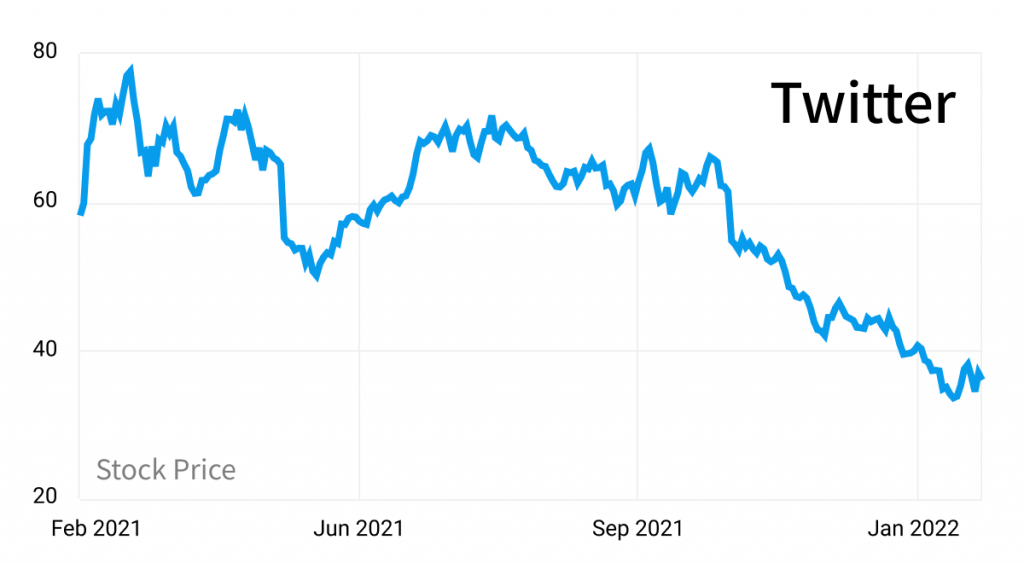 It’s been a big earnings season for social media companies — Meta crashed (-27%), Snap broke out (+53%) and Pinterest landed somewhere in the middle (+9%). Where will Twitter end up on the earnings spectrum?

What’s the big deal? Twitter’s stock is down over 50% since peaking last February and its upcoming earnings report will be the first since Jack Dorsey stepped down as CEO in November.

2021 has been challenging for social media stocks — all facing similar issues:

Each social media platform is dealing differently — with Meta struggling and Snap thriving.

Many expected Twitter to pop when Jack Dorsey left — but it fell 22% instead. It’s too early to tell whether Twitter’s new CEO can help turn the company around but its upcoming earnings could give investors some direction.

The outlook: Twitter is set to report earnings after the market closes on Thursday — with analysts divided on the stock’s direction.

Ark Invest sold $142M in Twitter stock earlier this week — dumping shares since late December. Take it with a grain of salt, Ark hasn’t had the best track record lately.