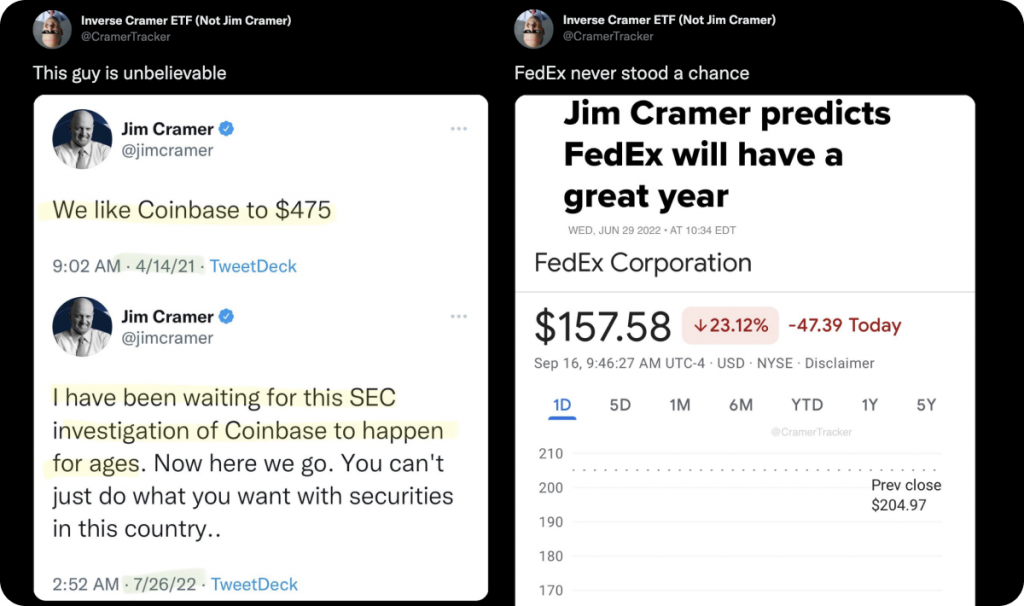 If you’ve ever set foot in the financial jungle known as #FinTwit or #FinTok, you’ve likely come across a Jim Cramer meme.

For meme accounts like @CramerTracker, his aggressive statements and “buy buy buy buy” button mashing makes him a content goldmine.

Which makes you wonder: Would betting against his trades perform well in the market? We’ll soon find out.

The expense fee on the ETF hasn’t been set, and it’s unsure how the trades will be tracked (bot or human?).

How have his recommendations performed?

One decision impacted his returns significantly. He prefers to hold ~50% of his portfolio in cash. Which meant he wasn’t fully invested during the market recovery in 2008.

Flashback: Past data shows missing the first couple of months after the bottom would have been a costly mistake.

The Average Joe: “Here for the memes, pass on the ETFs.”