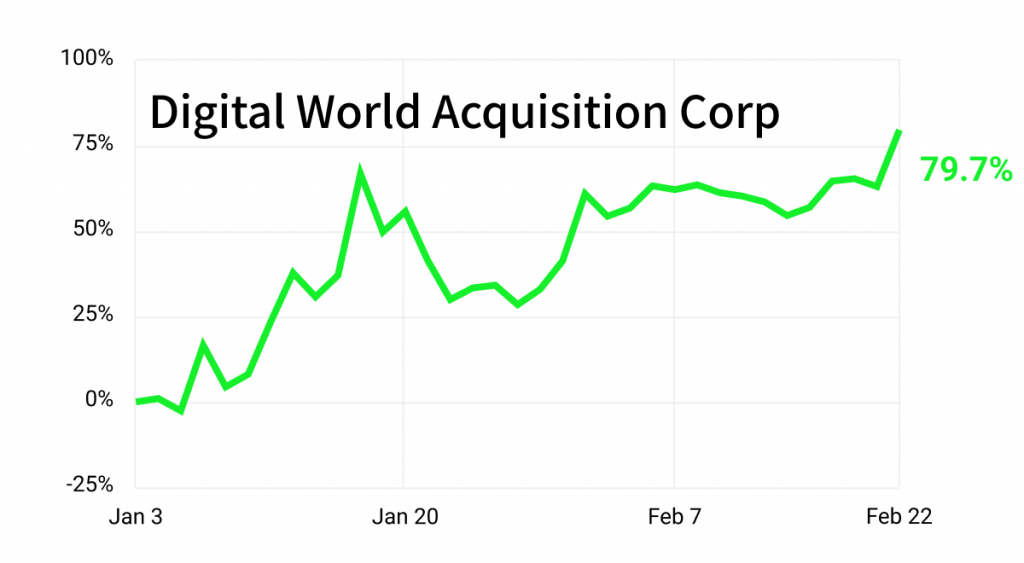 What’s the big deal? After being banned from Twitter in 2021 — Donald Trump decided to launch his own social media platform — a free speech Twitter clone.

Truth Social is developed by Trump Media & Technology Group — which is being taken public by SPAC, Digital World Acquisition Corp (NASDAQ:DWAC) and rose 72% in 2022.

Last year, Parler’s app downloads spiked after Trump’s ban from social media platforms but struggled to pick up traction beyond that.

Social media apps need a massive user base to sell ads to and Parler has struggled to reach critical mass — a possible problem for Truth Social too.

Running on dreams: At its current price, Truth Social would trade at over $15B and like many other companies going public, it’s forecasting aggressive growth rates from near-zero to $3.6B by 2026.

The company is trading on momentum and based on these expectations, Reality Check Research gave it a fair share price value of $36 — implying 58% downside.