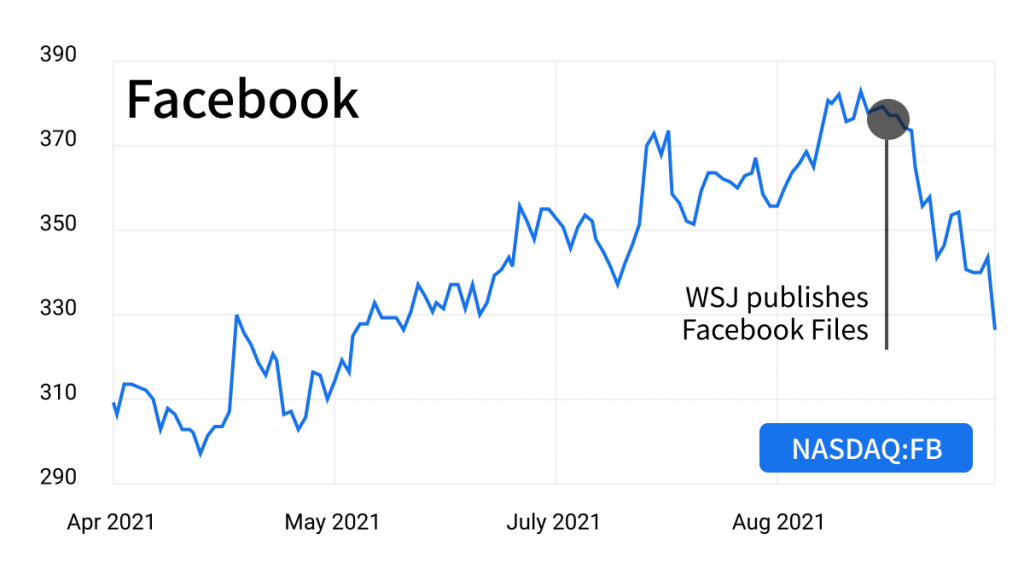 The bad news for Facebook keeps adding up. An outage took down Facebook and its other platforms including WhatsApp, Instagram and Messenger, but that’s the least of its worries…

Last Sunday, Frances Haugen, the whistleblower — who leaked the docs to WSJ — is now testifying before Congress, expressing interest in cooperating with state attorney generals and European regulators.

Pivotal moment: For years, Facebook dealt with data privacy issues and political scrutiny — and each time, it fended off the PR nightmares with its stock price eventually reaching new highs. But this time, things are looking different:

Lawmakers are also trying to break up Facebook’s core products, accusing it of monopoly tactics like buying out the competition.

And politicians are out for blood — feeling deceived after previously asking for internal research on Instagram’s mental health effects — which Facebook hadn’t shared.

Not just politics: On the business side, Facebook was severely impacted by recent changes from Apple’s iOS — affecting Facebook’s ad performances.